U.S. President Donald Trump claimed that Prime Minister Narendra Modi had sought mediation in Kashmir when they met during the G-20 summit in Osaka.

Back-story on the U.S. offer of mediation

Why does India refrain from taking help?

What about the U.S.?

A brief history of the Kashmir conflict

Recently, USA has violated diplomatic protocols by trying to intervene in the Kashmir issue. Explain in the context of Simla Agreement and Lahore Declaration? 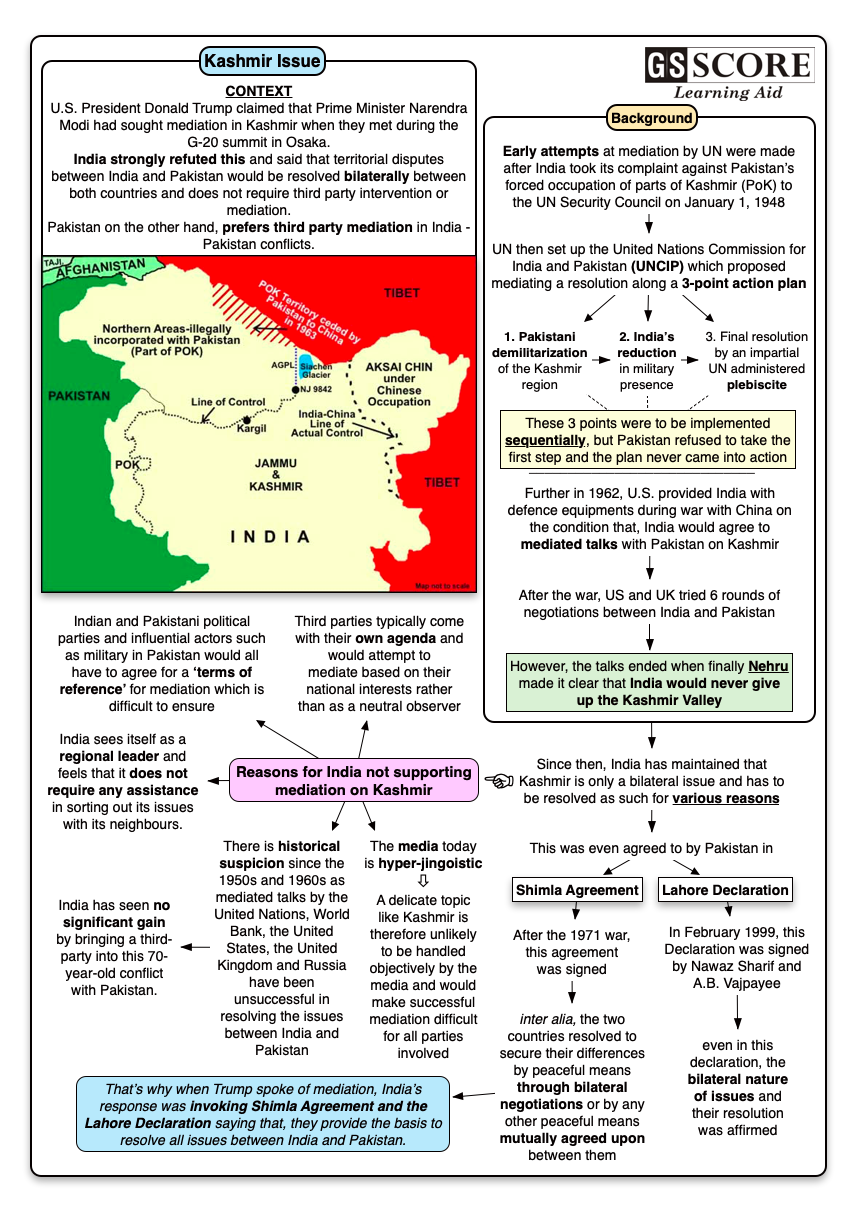