In a significant departure from India’s stand on engaging the Taliban, the government for the first time participated at a “non-official” level, sending two former senior diplomats to attend talks on the Afghanistan peace process which was held and hosted by Russia.

Defeating terrorism in Afghanistan needs every stakeholder to put aside differences, and acknowledge that the current situation is a danger to all.

“Peace in Afghanistan remains elusive but India’s engagement demonstrates commitment to the idea of a stable, independent and peaceful Afghanistan.”Analyse the statement in the light of recent Moscow format. 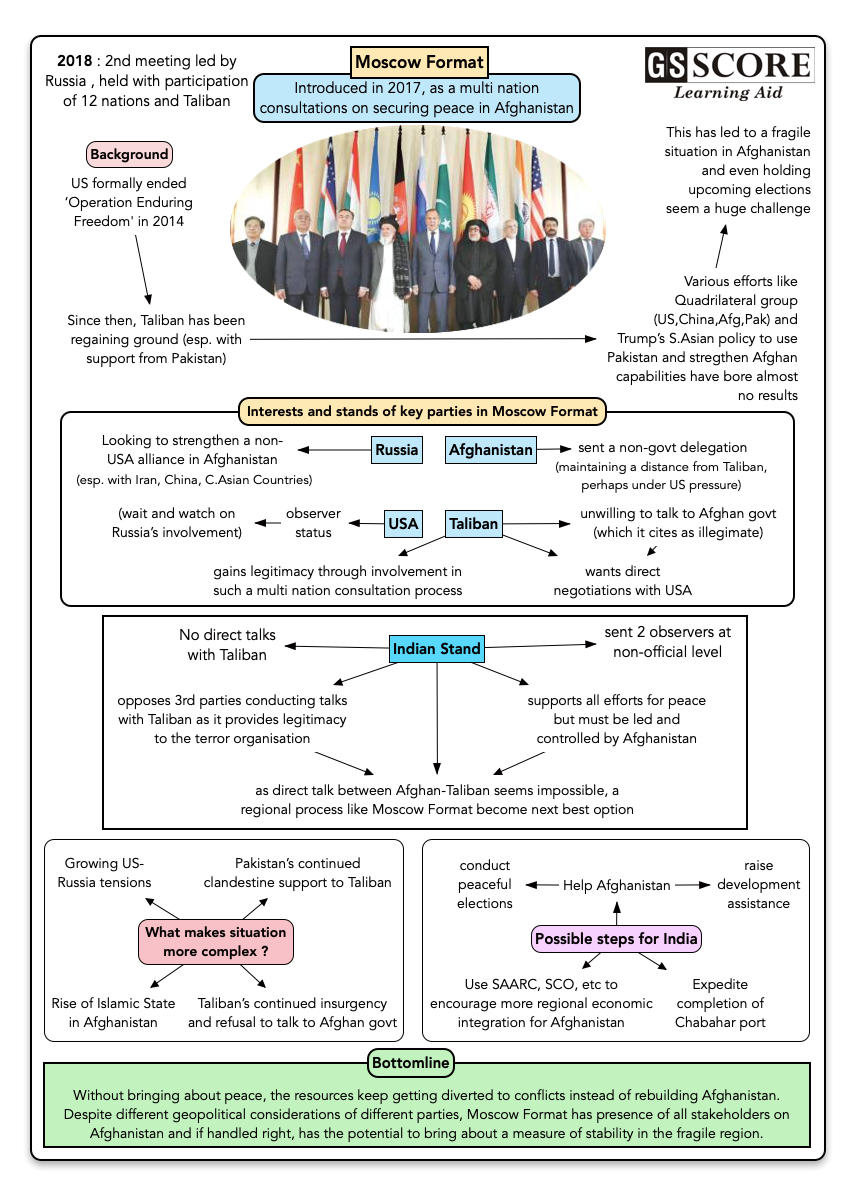