Need for an independent Fiscal Council

The conduct of Fiscal Policy: A major area of government failure

Why there is a need for Fiscal Council? 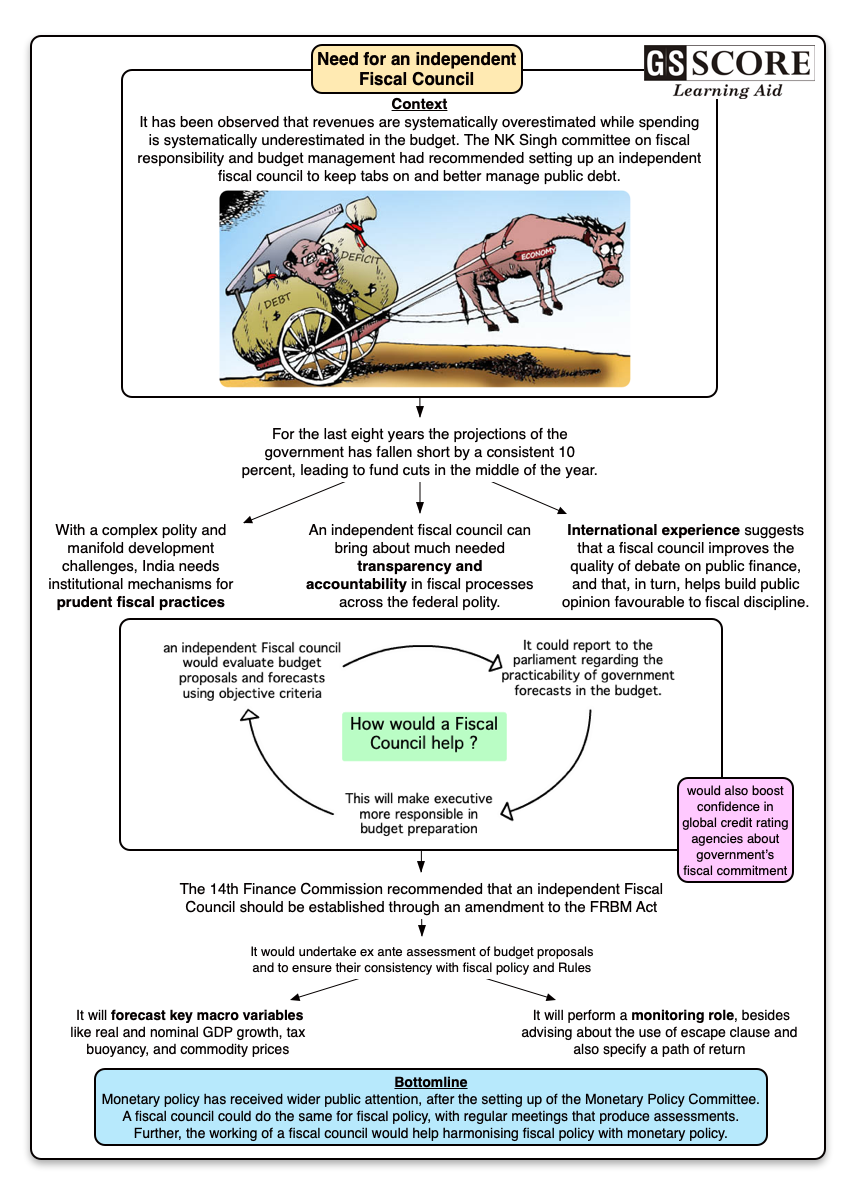 The 14th finance Commission has recommended establishment of an independent Fiscal Council, so that budget numbers meet with less skepticism than they do today. Discuss. Also, critically examine how important it is to maintain the independence of this body with least political interference?