While India has returned to the settled principle of ‘non-interference’ in the internal affairs of another nation, more so in the immediate neighbourhood, the Sri Lankan situation seems to remain unclear and unsure even after the return of ‘near-normalcy’ in political and constitutional terms.

India should continue with the wait and watch policy and be willing to engage with any leader who will emerge to hold power. India’s actions in the Sri Lankan turmoil will be closely watched by other neighbouring countries in South Asia and India can use this opportunity to send out the right signals to Nepal and Maldives which hold suspicions against Indian interests in their respective internal political and constitutional turmoil.

Practice Question:
Sri Lanka is going through political turmoil after democratic elections took place in 2015. Based on the strategic importance of Sri Lanka in Indian Ocean and for Asia, analyse the situation bringing out response of India and world towards the situation. 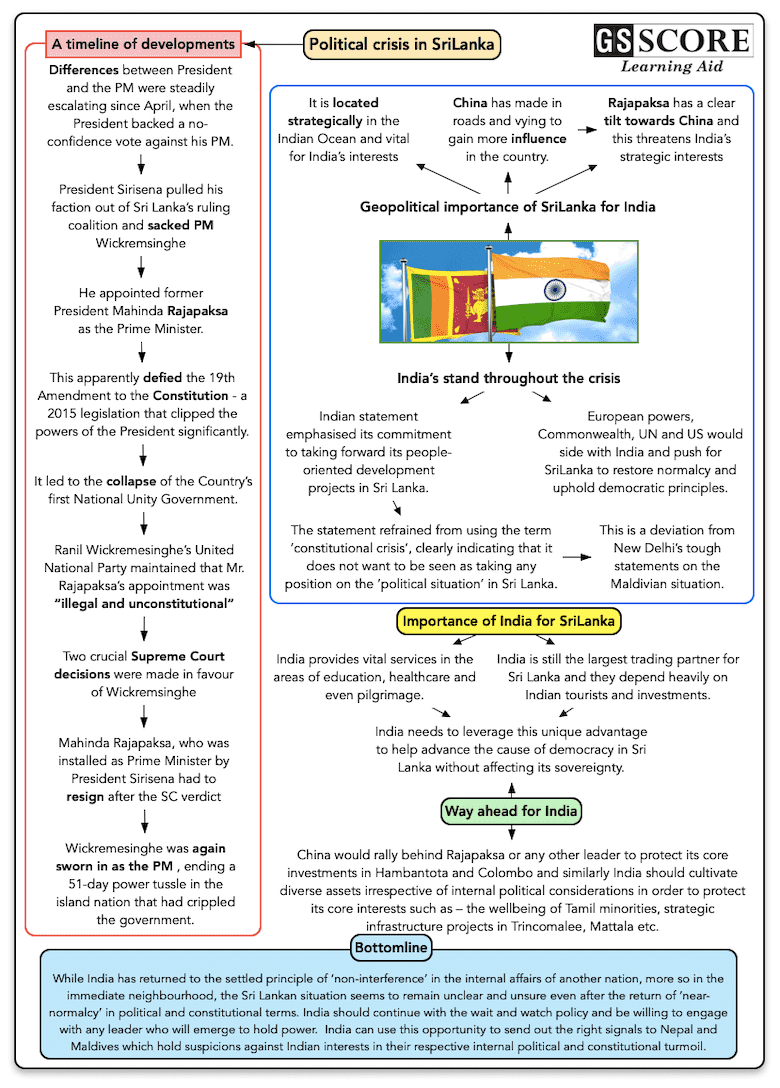