Protect the little helpers: Concern over declining population of Pollinators

Recent Intergovernmental Platform on Biodiversity and Ecosystems Services (IPBES) report has observed that across India’s agrarian plains, plantations and orchards, millions of birds, bats and insects toil to pollinate crops.

Reasons for decline of Pollinators

Discuss the role of pollinators in agricultural and horticultural production. In the light of recently released IPBES report, examine the reasons for declining population of pollinators. Suggest measures to improve the situation. 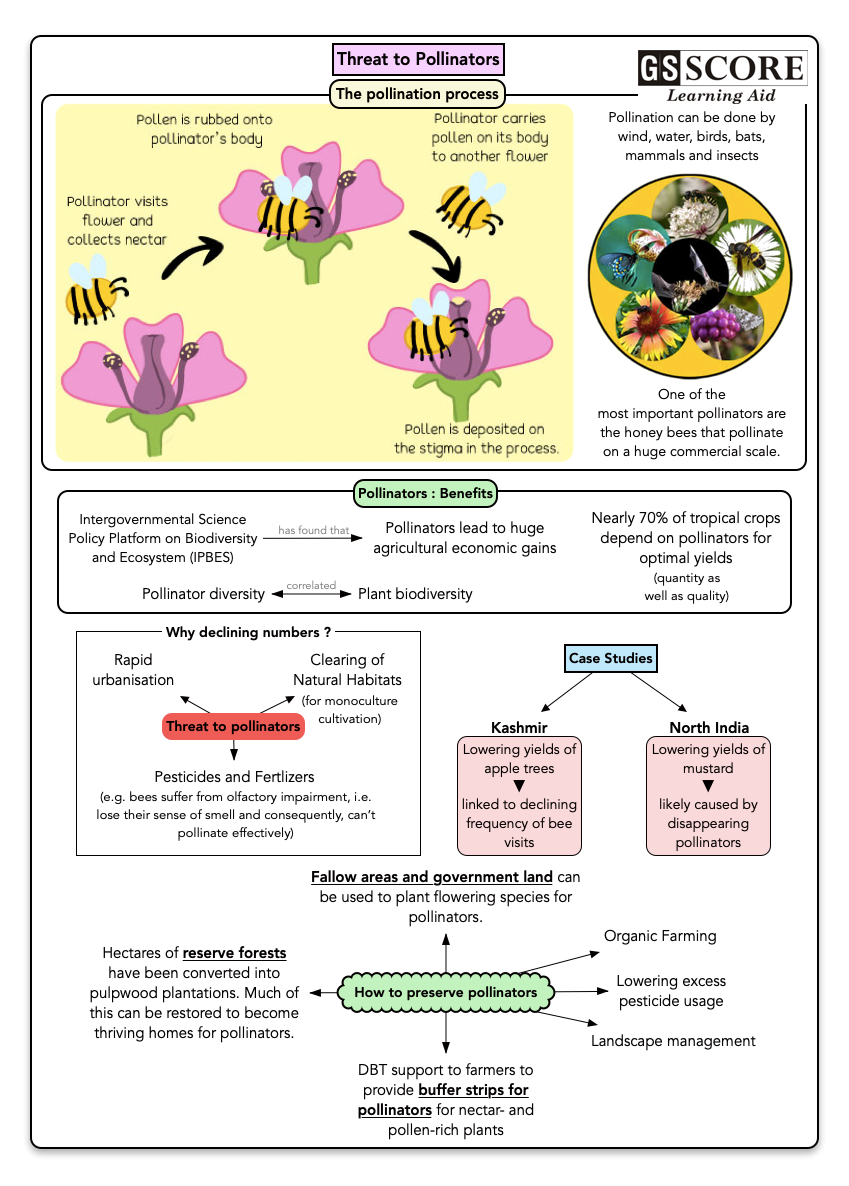