Should Online Political Advertising Be Regulated?

What is it that makes online political advertisements problematic?

What are the risks of regulating online political advertising?

To summarize the efforts taken by the EC to tackle digital media, it would not be wrong to say that the self-regulations are not enough for the social media platforms to keep an eye over the content, the EC is having a hard time to enforce its powers not having specific laws to deal with the upcoming issues like propaganda spreading, fake news, paid news, et cetera for which the use of digital media and social media is being made. 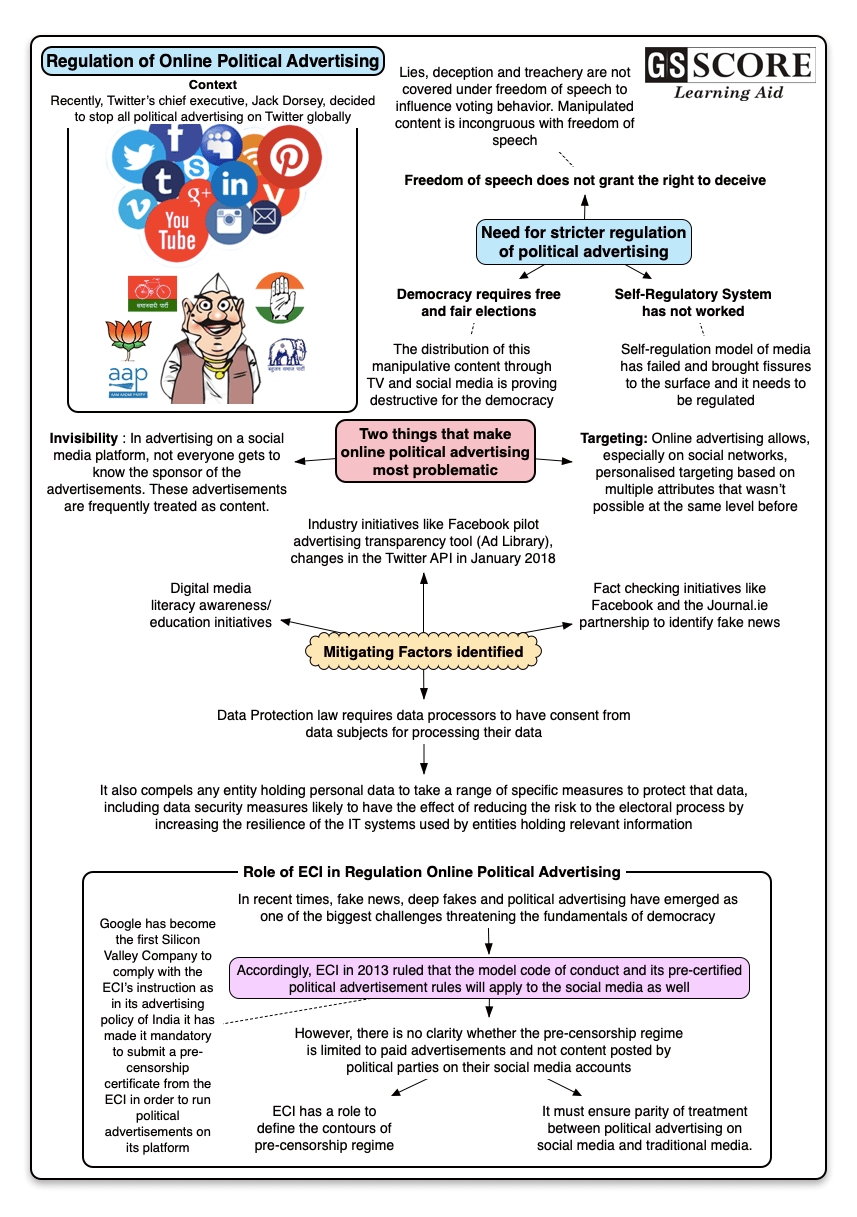