Parliament has enacted two laws according to Article 262:

The composition of the River Water Tribunal: Tribunal is constituted by the Chief Justice of India and it consists of the sitting judge of Supreme Court and the other two judges who can be from Supreme Court or High Court. Supreme Court shall not question the Award given by tribunal but it can question the working of the tribunal.

There are about a dozen tribunals that now exist to resolve disputes among States on sharing water from rivers common to them.

Apart from delay in submission of award, other challenges are:

Arguments - in Favor and Against the Centralized Tribunal

Considering the ineffectiveness of tribunals in the past there is a need to look for alternative dispute redressal mechanism, something which goes beyond formal structure - yet is guided by the rule bound and predicted path. Community-based approach herein can help resolve water related disputes effectively, amicably and sustainably.

The government must have a process on following pointers before rushing to form the single tribunal: 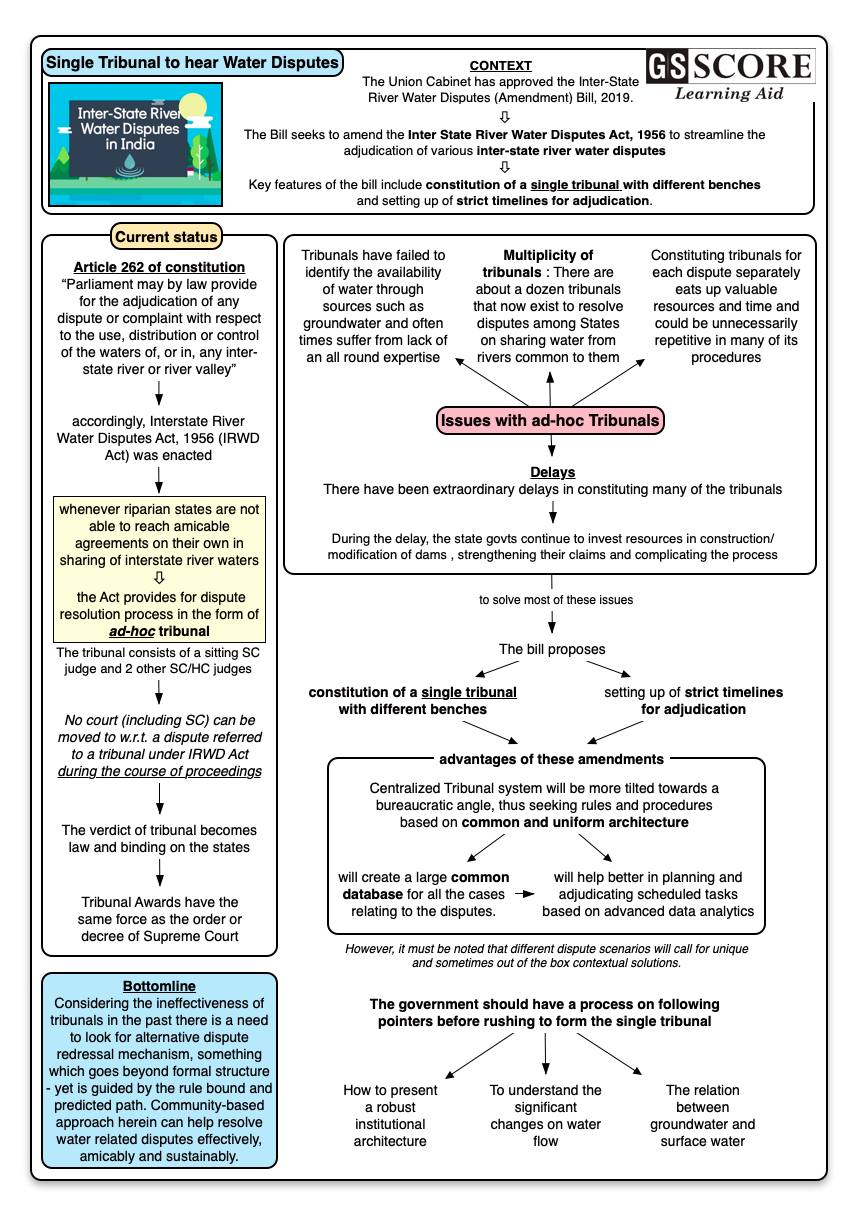