South African President Cyril Ramaphosa’s state visit to India, as chief guest at the 70th Republic Day parade presents an opportunity to renew and reinvigorate the near-quarter century of ties between the two countries of Asia and Africa.

A partnership between India and South Africa both advanced developing countries and emerging economies, seeks to fulfil larger goals of political freedom, economic development and social justice, not just of the two countries but of their respective regions.

Beyond the bilateral, the two nations are engaged in a number of plurilateral initiatives:

How this engagement will help India:

It is perhaps time for the two nations to think big and start having a conversation about the larger trends in global politics. As a new order evolves, two friends with a longstanding historical relationship should now start talking about the future of Asia and Africa. At a time when strategic geographies are getting redefined with the rise of Eurasia and the Indo-Pacific, key players like India and South Africa need to move beyond their comfort zones.

What makes India-South Africa relations unique? Also discuss about the pact signed between the two countries and how it will help Indian economy. 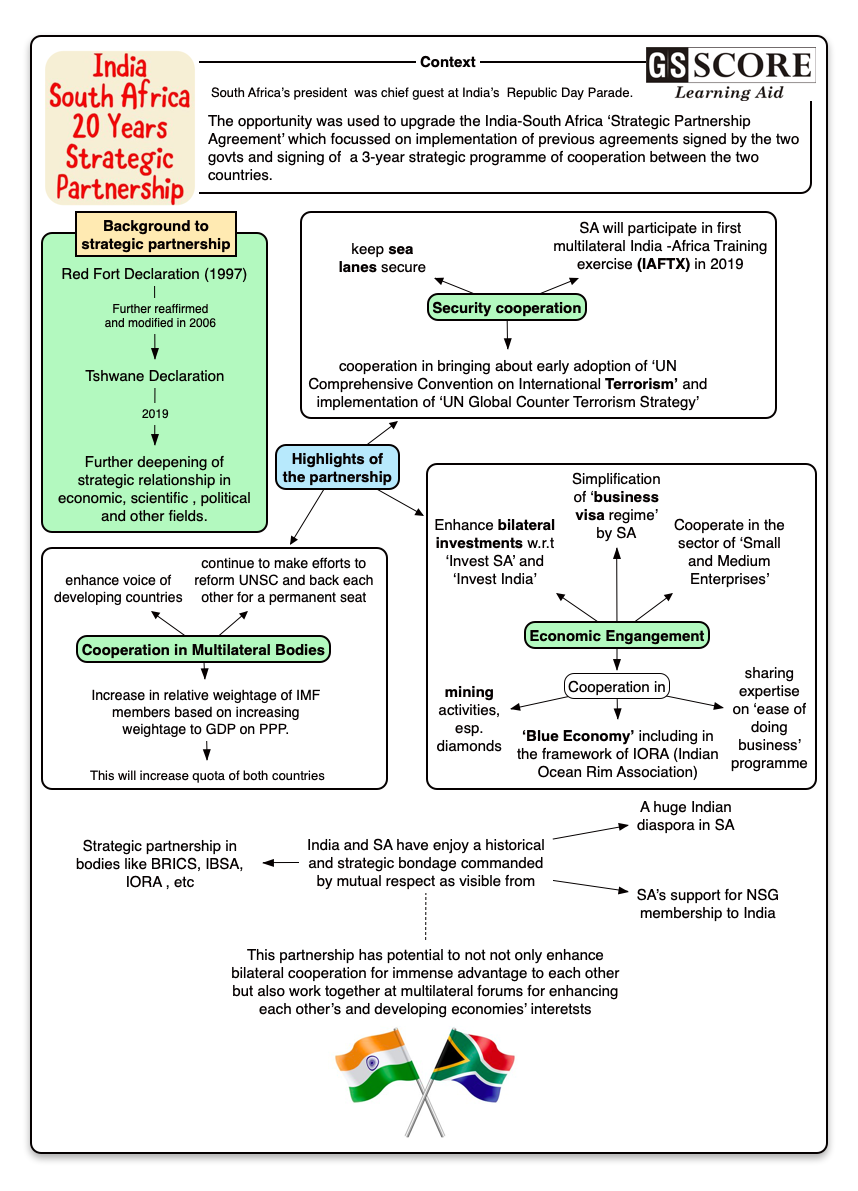