The Lok Sabha recently passed the Aadhaar and Other Laws (Amendment) Bill, 2019, allowing voluntary use of Aadhaar as an identity proof for opening bank accounts and procuring mobile phone connections.

Under the Aadhaar Act 2016, UIDAI is responsible for :

With respect to Aadhaar analysis, there are multiple angles to cover.

What rationale did the Supreme Court weighed in while nullifying Privacy infringement claims?

Data Localization and the Aadhaar platform:

Analysis of the current Aadhaar bill passed in the Lok Sabha

Data collection and Sri Krishna Committee and its relevance with Aadhaar

Way forward: The Future Of  Aadhaar

Aadhaar's effectiveness has been realized on the following doctrines: 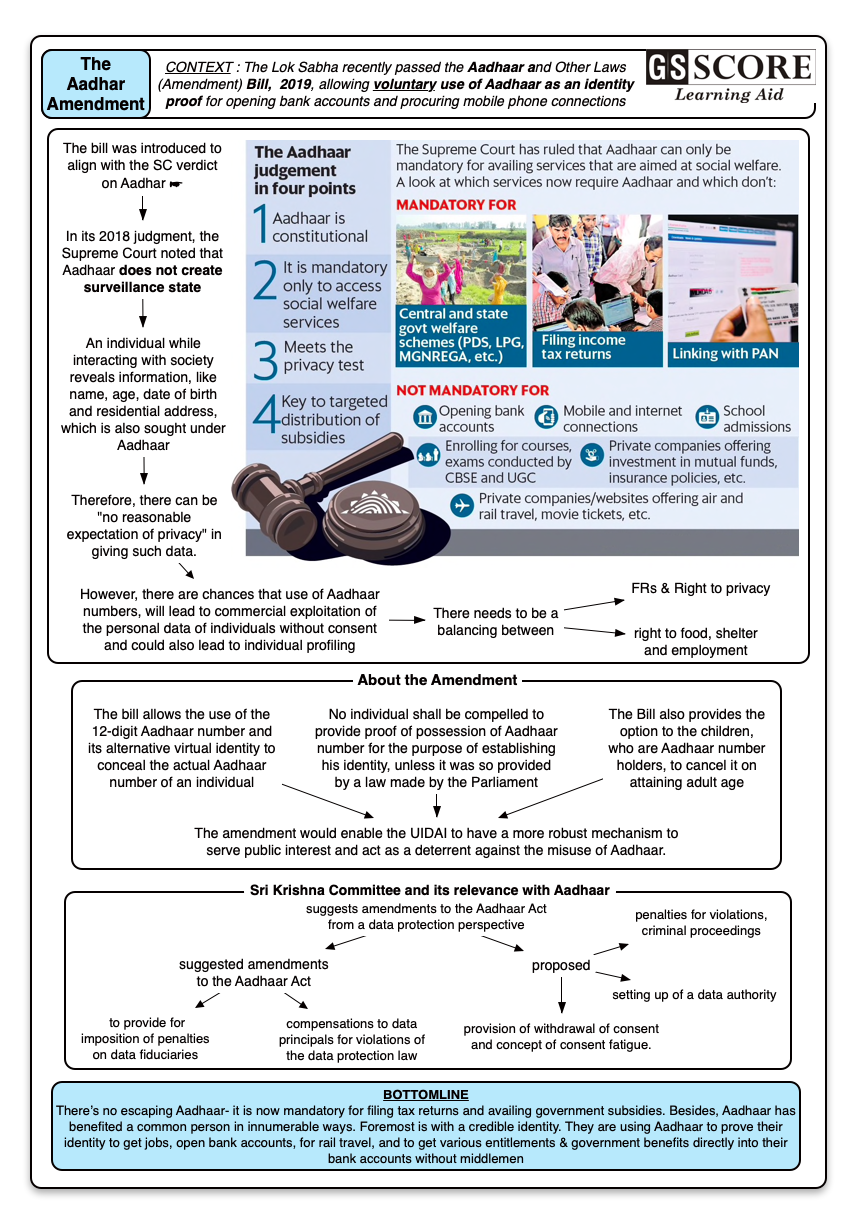