The Amazon rainforest has been on fire for the past month.

The Amazon rainforest has been on fire for the past month.

How did the Amazon fires start?

What's the connection to climate change?

What areas are affected?

How can forest Fire Prevention be done?

This year's burning season across the Brazilian Amazon is yet another vivid reminder. The threats to the Amazon have never been louder and clearer, and Brazil should honor its national to global responsibility to ensure the effective protection of the world’s largest tropical forest. The predicament of the Amazon and other major tropical forest regions has never been so uncertain. The last thing we needed in these difficult times was a stupefying short-sighted presidential administration that is hostile to all things related to a sustainable environment.

Question: Discuss the various reasons which caused the Amazons fires along with the preventive measures to be taken. 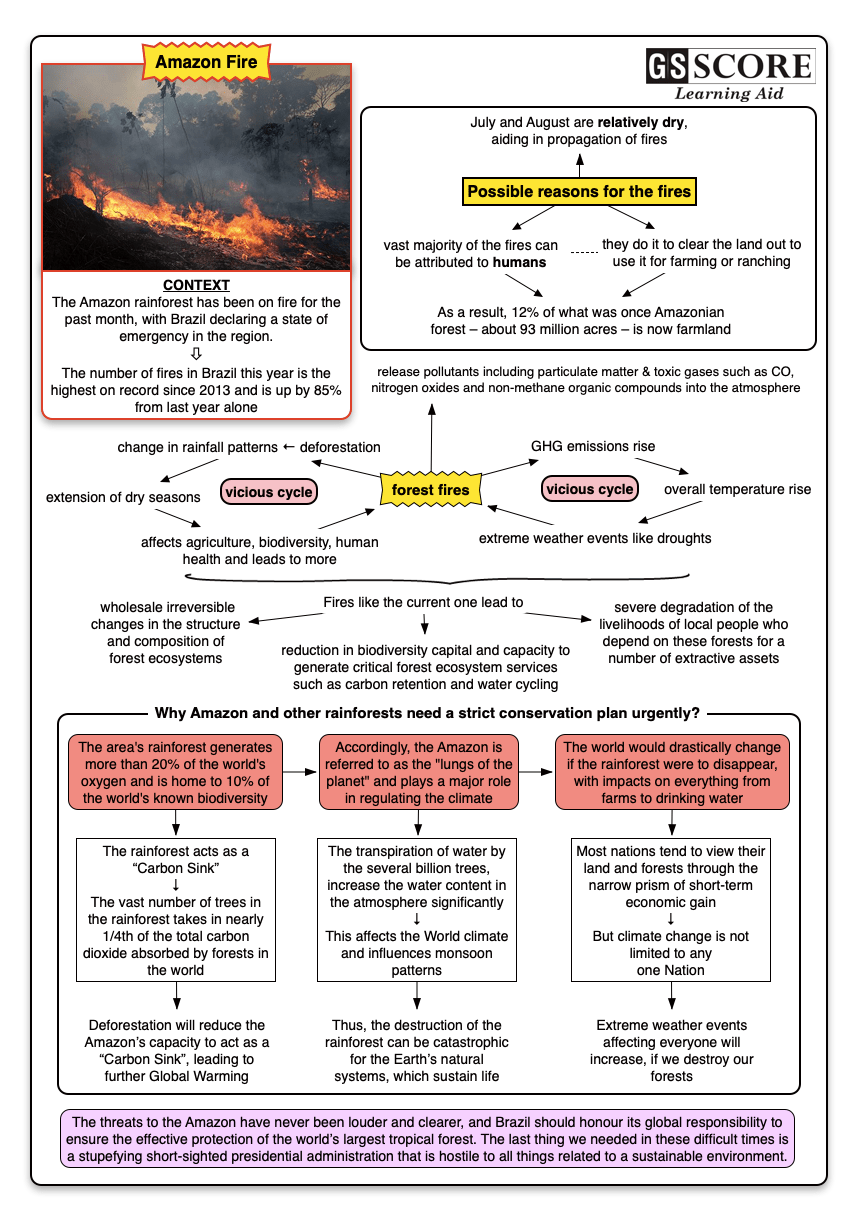