In a bid to meet India’s commitment to exceeding its Paris agreement climate targets, the Energy Conservation (Amendment) Bill 2022 has been tabled in Parliament.

Key points of the Bill

What does the current Energy Conservation Act say?

Some Government Initiatives against Climate Change 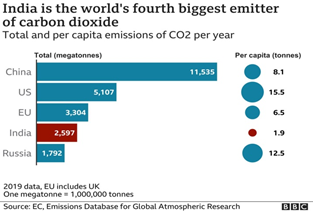 What can be done further to achieve India’s Targets?