Recently, the Comptroller and Auditor General (CAG) has highlighted the non-utilisation ?94,000 crore of collected cess for secondary and higher educationsince 2007.

What are the implications of non utilization tax proceeds?

Taxes in democratic societies indicate the presence of a collective socio-economic vision aimed at improving livelihoods. Since a cess is introduced with a specific purpose, it is unjustified when the proceeds remain unutilized for so many years. It is high time that the government immediately begins utilizing cess proceeds. Importantly, it should also publish an annual account of the manner in which they have been utilized.

Highlight the structural problems of Indian taxation System, discuss the measures needed to make it more efficient and equitable. 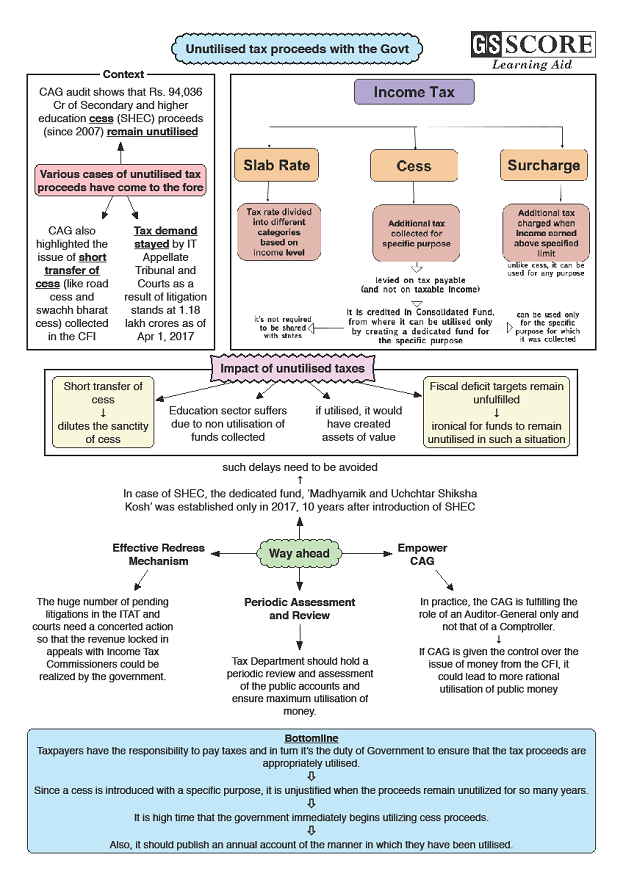 5G Technology launched in its full pace in India

Mushrooming Community Reserves in North-East and the ‘concern’