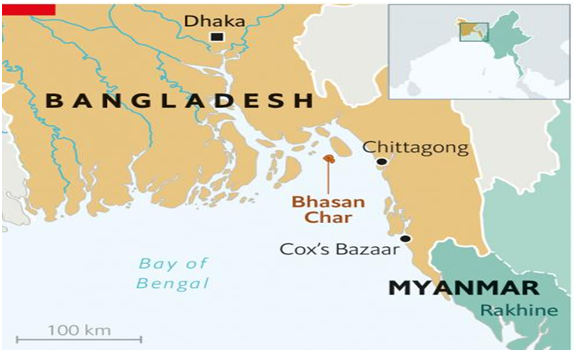 However, the Bangladeshi government has claimed that they have built quality infrastructure, even villages in Bangladesh have never seen such good work. The Government have built multi-family concrete homes, hospitals, mosques, schools, playgrounds and roads. There are solar-power facilities, a water supply system. They have constructed raised concrete buildings that could be used as cyclone shelters.