Recently, the Genetic Engineering Appraisal Committee (GEAC) under the Union Ministry of Environment, Forest and Climate Change recommended the “environmental release” of the transgenic hybrid mustard DMH-11 for seed production and ordered to conduct the field demonstration studies with respect to its effects on honey bees and other pollinating insects.

Let us understand exactly about the GM Mustard crops in India.

What is Hybridisation of crops?

Is it possible to produce hybrids of all crops? 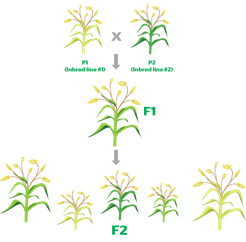 How has hybridisation been achieved in mustard?