Recently while restricting the use of fireworks during all events to an 8-10 pm window, the Supreme Court ordered that only crackers with reduced emission and “green crackers” can be manufactured and sold. The court observed that efforts have gone into producing such crackers. 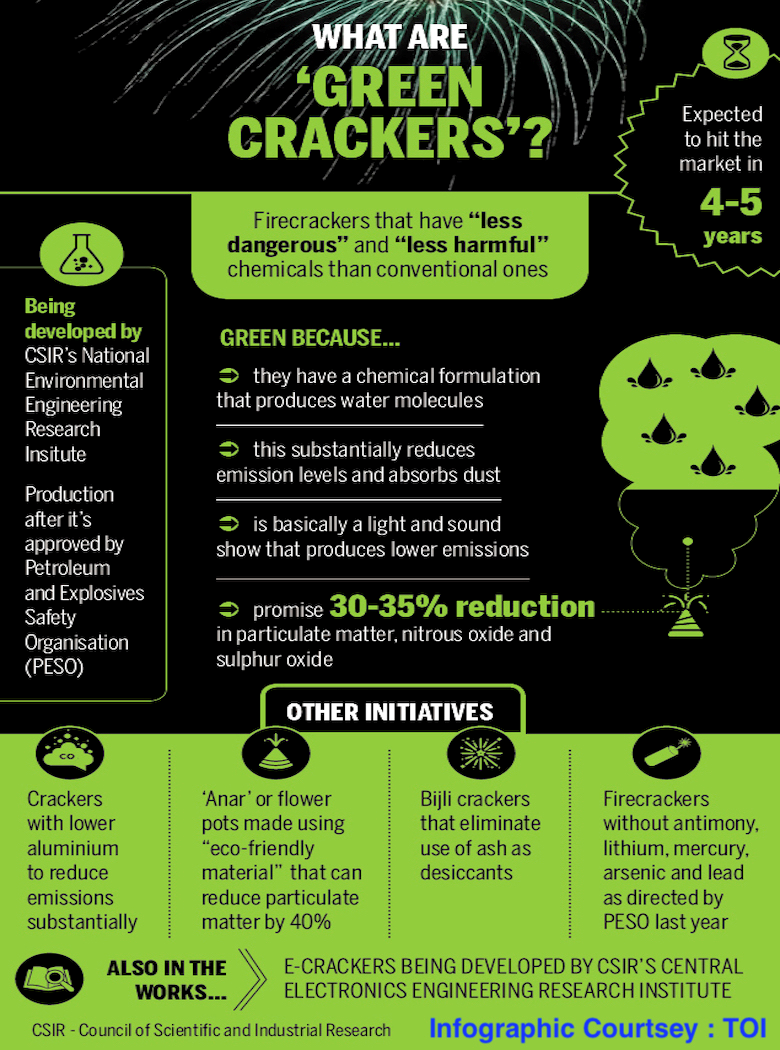