Excerpts from the debate

Main provisions of the Bill:

Need for the change:

Challenges in the Telecom Sector:

Revenue from the telecom equipment sector is expected to grow to US$ 26.38 billion by 2020. The number of internet subscribers in the country is expected to double by 2021 to 829 million and overall IP traffic is expected to grow four-fold at a CAGR of 30% by 2021. According to a Zenith Media survey, India is expected to become the fastest-growing telecom advertisement market, with an annual growth rate of 11% between 2020 and 2023. 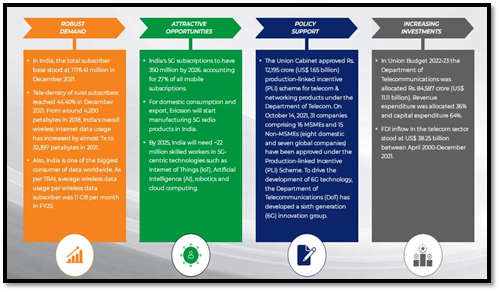