What was the need of bringing AERA Act 2008?

What are the major provisions of this newly introduced 2019 bill?

What are the issues with this bill?

Recently Parliament has passed Airports Economic Regulatory Authority (AERA) Bill 2019 amending the AERA Act 2008. Discuss why the Act of 2008 was introduced, why it was needed to be amended now and what are the possible issues that may come up due to this bill in the long run. 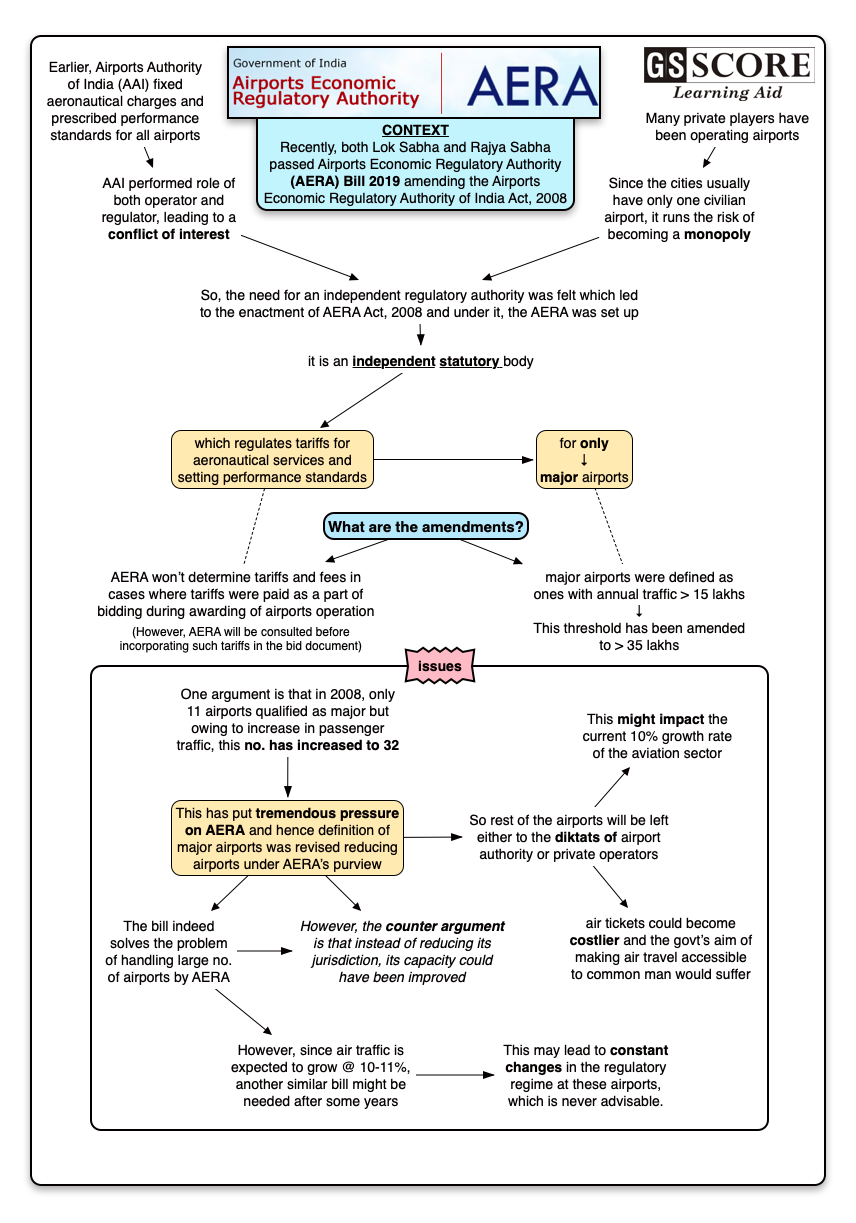