The government removed the special status for Jammu and Kashmir in India’s Constitution. Special status was withdrawn by abrogating Article 370.

The government removed the special status for Jammu and Kashmir in India’s Constitution. Special status was withdrawn by abrogating Article 370.

Article 370 grant special autonomous status to Jammu & Kashmir and exempts it from the Indian Constitution (except Article 1 and Article 370 itself) and permits the state to draft its own Constitution.

It restricts Parliament’s legislative powers in respect of J&K. For extending a central law on subjects included in the Instrument of Accession (IoA), mere “consultation” with the state government is needed. But for extending it to other matters, “concurrence” of the state government is mandatory. The IoA came into play when the Indian Independence Act, 1947 divided British India into Independent India and Pakistan.

Was Article 370 a temporary provision?

Issues due to Article 370

Concerns regarding the process adopted to abrogate article 370

Examine how far the ‘integrationist approach’ by abrogating article 370 will be successful in addressing the increasing alienation in the Kashmir Valley and promote inclusive development. 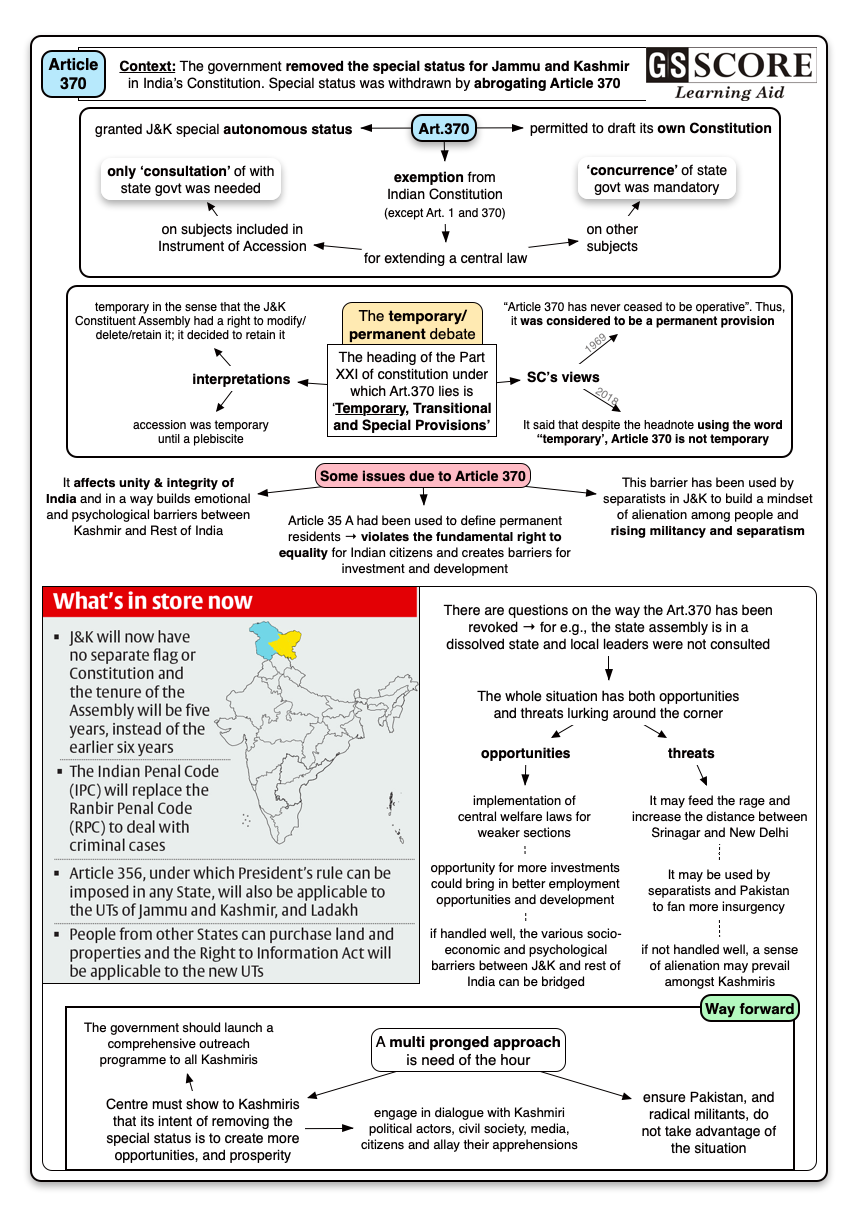