Fake News Menace in India: Dangers and how to tackle it?

Causes for Rise in Fake News

Economic: As communal tendencies emerge in politics due to the spread of fake news economic development has taken back seat. The problems faced by the problems are not solved by the government.

Society: It can disturb the social fabric of the society and tensions among communities persists for long times. It can lead to violence between two or more communities thereby creating enmity and hatred between them. It reduces the tendencies of cooperation between different communities.

Faith in Media: People’s faith in social, print and electronic media reduces which could affect the benefits of these Media as well the spirit of democracy as media being the fouth estate of democracy. In its purest form, fake news is completely made up, manipulated to resemble credible journalism and attract maximum attention and, with it, advertising revenue.

How to tackle it?

Political campaigning has progressed from mere appeals in the name of identity or loyalty or tall promises to something akin to psychological warfare. Parties must desist from spreading fake news or giving patronage to such media organizations. At the same time mainstream as well social media must be accountable for spreading fake news. Both government and media have to combat the fake news menace collectively.

Fake news menace has become a threat to media and democracy. In the light of this statement analyse how fake news can affect voting patterns in India? 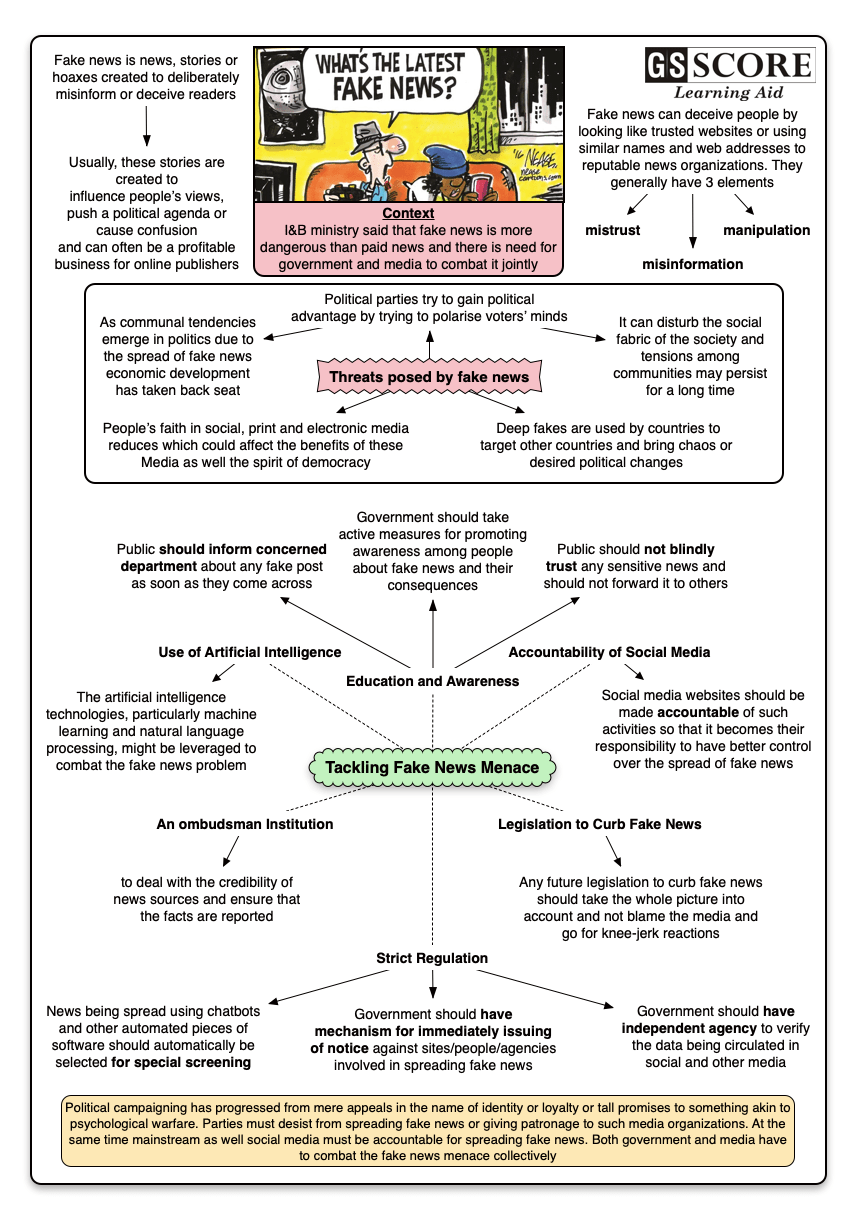