What is pulling down Indian textile industry?

What need to be done?

For the scale and growth momentum of the textile industry, all the schemes related need to be scaled up substantially. They also need re-engineering and re-calibration to suit the ambitious goals being adopted.

To attract more investment in this sector:

The future for the Indian textile industry looks promising, buoyed by both strong domestic consumption as well as export demand. Therefore with robust government policy interventions India can enlarge its presence in the global competitive market. 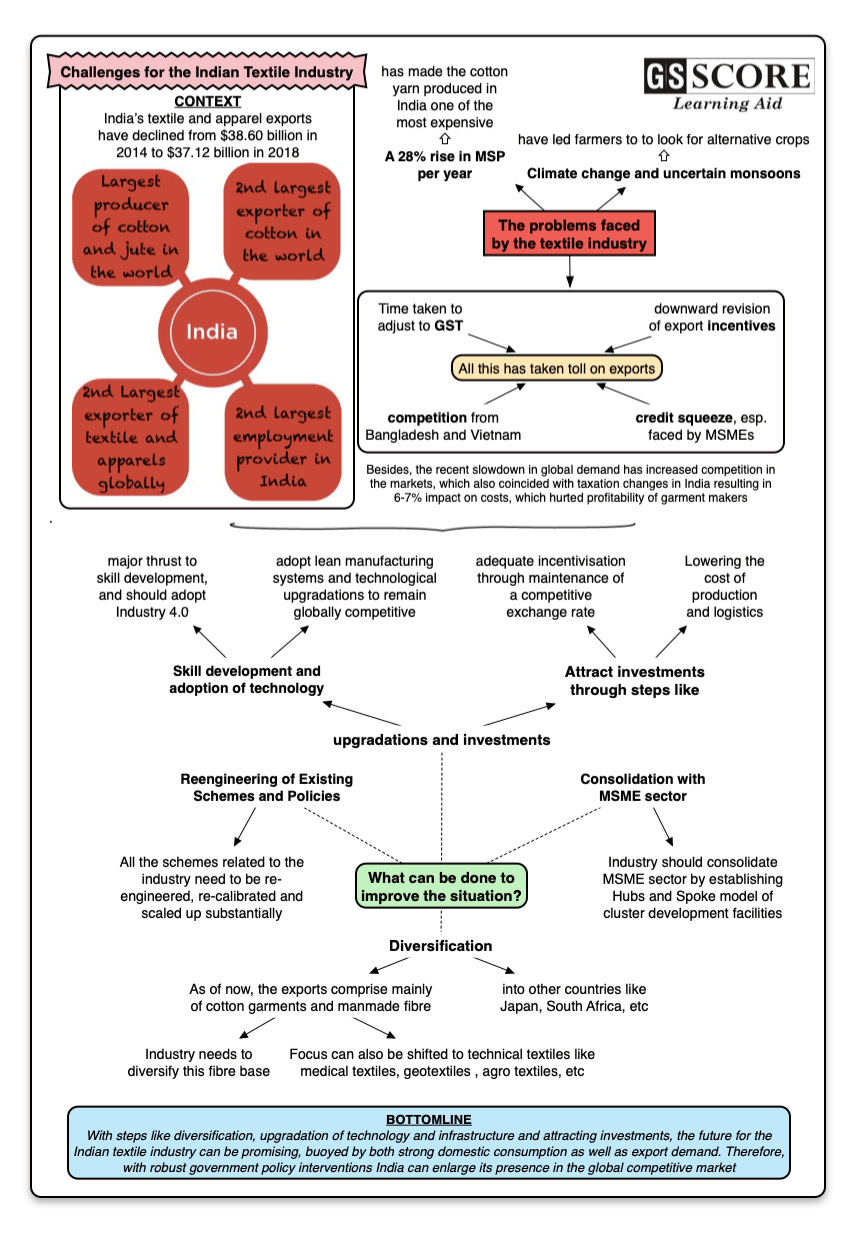