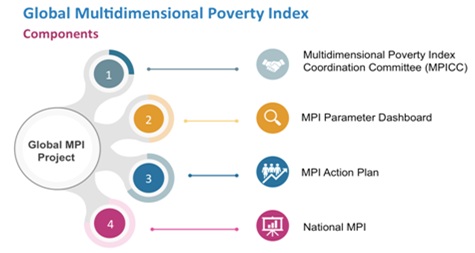 What is Global Multidimensional Poverty Index 2021?

Importance of the index

However, Preliminary observations from NFHS 5 (2019-20) suggests improvement in access to clean cooking fuel, sanitation, and electricity which translates to reduction in deprivation. Additionally, the State reports released for 22 States and UTs suggest reduction in deprivation in school attendance, drinking water, bank accounts and housing. These improvements indicate an overall direction of significant reduction in the incidence of multidimensional poverty in the forthcoming index based on NFHS 5 (2019-20) household micro data.