Ever since the constitution of the National Police Commission about 40 years ago, there had been talks of police reforms but the situation on the ground defies change.

Major issues with Police in India

PM Modi, at the Guwahati Conference of the Directors of General Police in 2014, enunciated the concept of SMART Police i.e. a police which should be sensitive, mobile, alert, reliable and techno-savvy.

“Police reforms have been a talking point for years in India but remain a non-starter.” Discuss the major issues in Indian Criminal Justice system. Also, discuss the reforms required for SMART policing in India. 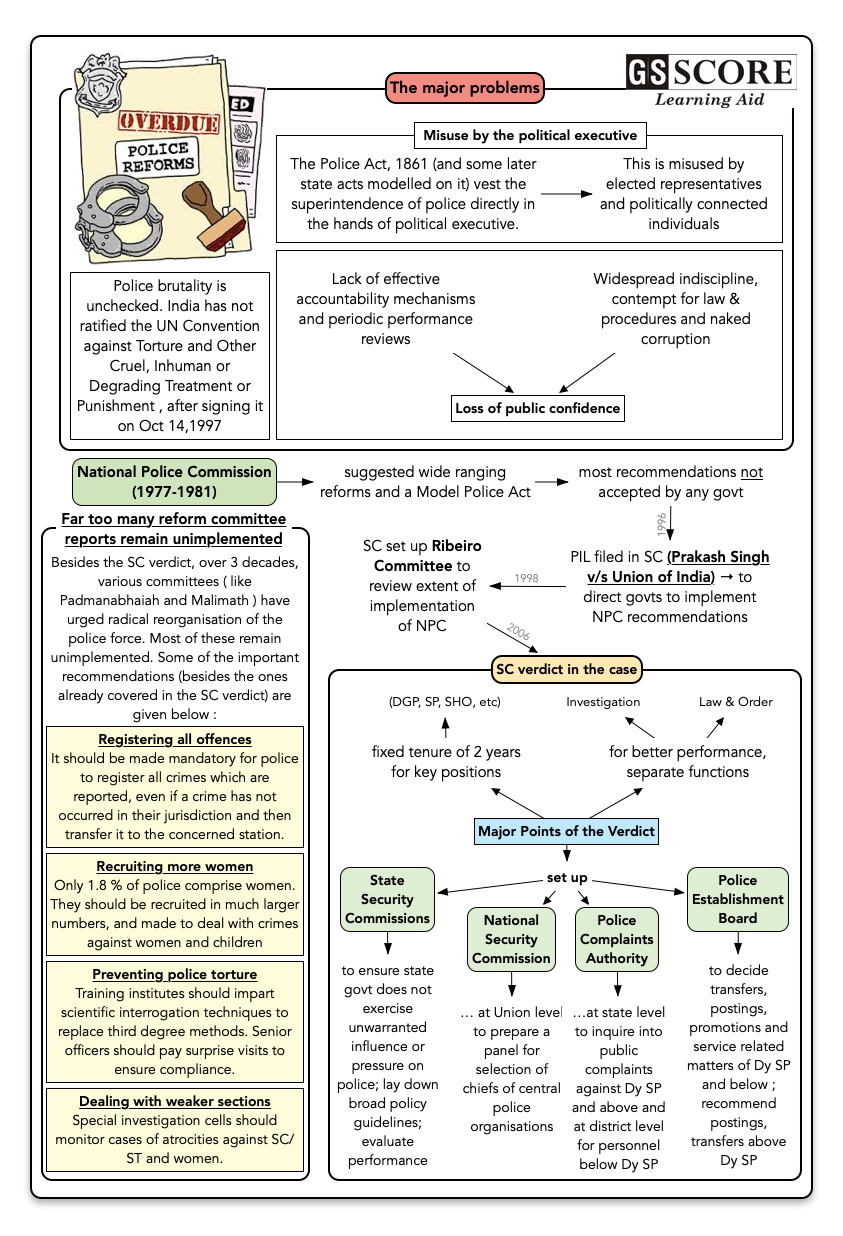