Status of Naga Peace Accord

The historic peace accord with Naga armed groups appears to have hit a dead-end with little progress in the talks between the Central government and the Nagas.

Background of Naga Peace Accord

NSCN and its Demands:

Issues faced by people due to insurgent group in Nagaland:

Demand of Greater Nagalim also contains the territories of Assam, Manipur and Arunachal, which is a major bone of contention among these states. For any resolution to be successful it is required to satisfy demands of other stakeholders, especially of Manipuris.

Why the accord is complex apart from unreasonable demands?

What the accord can bring?

When did the armed movement begin?

When did the peace efforts start?

Q1. “Lasting peace in the Northeast is not possible without resolving the Naga insurgency. However, given the complexities involved, there is no easy solution.” Discuss.

Q2. If the Naga Peace Accord does not attain finality, political uncertainty will set in, with multi-faceted ramifications from the internal security and geopolitical perspectives. Critically analyse. Also, suggest ways how the accord can be finalized. 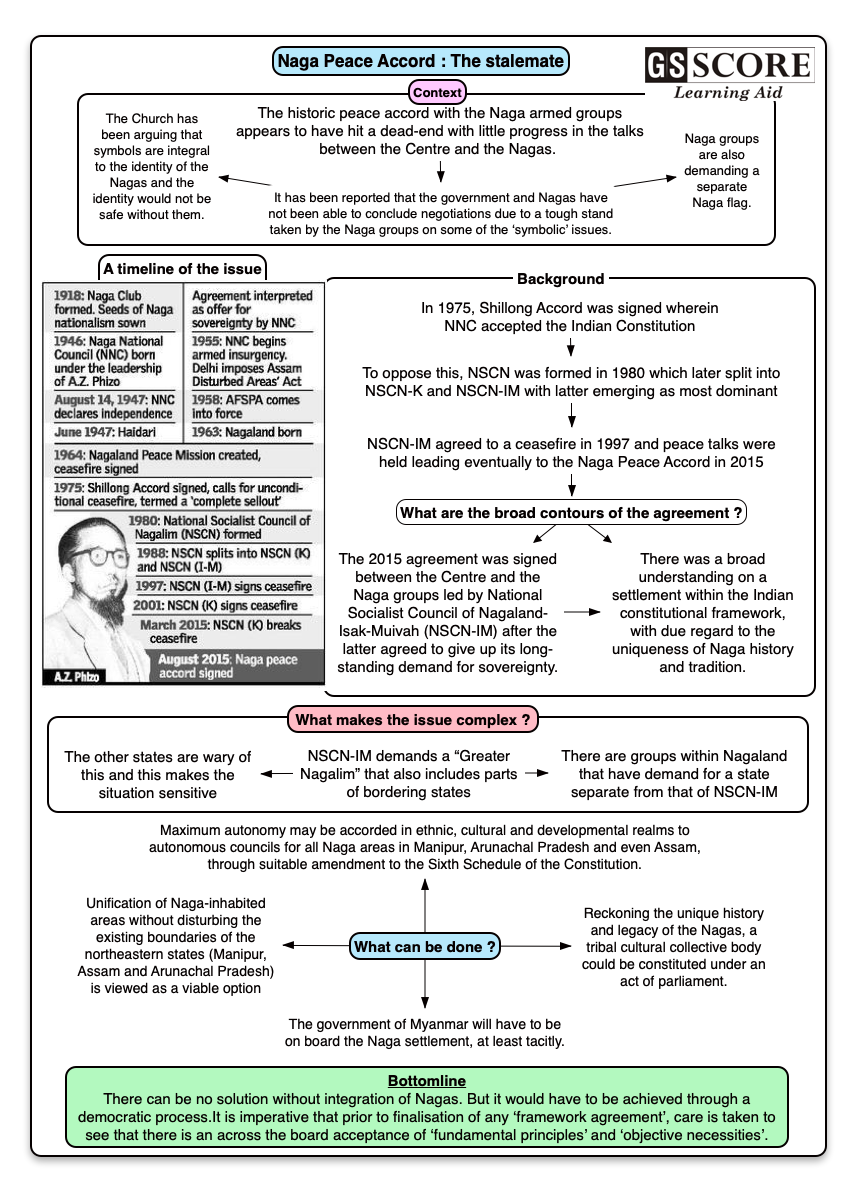