The issue of framing a Uniform Civil Code is about to be placed for consideration before the 22nd Law Commission. The issue was considered by the 21st Law Commission, which sought the views of various stakeholders and met several religious groups.

The term Civil Code means to cover the entire body of laws governing rights relating to property and other personal matters like marriage, divorce, maintenance, adoption and inheritance. Uniform civil code essentially means unifying all these “personal laws” to have one set of secular laws dealing with these aspects that will apply to all the citizens of India irrespective of the community to which they belong.

During the debates in the Constituent Assembly, B.R.Ambedkar had demonstrated his will to reform Indian society by recommending the adoption of a Civil Code of western inspiration. But he had to face extensive criticism from both Muslim and Hindu Representatives for making an attempt to reform the traditional religious laws. As a result, Ambedkar’s efforts merely found a place in the Directive Principles of the State Policy of the Constitution.

Article 44 of the Indian Constitutions says that the State shall endeavour to secure for the citizens a uniform civil code throughout the territory of India. While more than seven decades have passed since the enactment of the Constitution, this particular provision has remained a dead letter.

Currently, the citizens of India are governed by different sets of personal laws in respect of matters relating to family affairs, i.e., marriage, divorce, succession, etc.

NEED FOR UCC in INDIA

Preamble of the Constitution states that India is a Secular democratic Republic. The word Secular was inserted by the 42nd Constitutional Amendment, 1976. This mean there is no state religion. The process of secularization is intimately connected with the goal of Uniform Civil Code like a cause and effect. 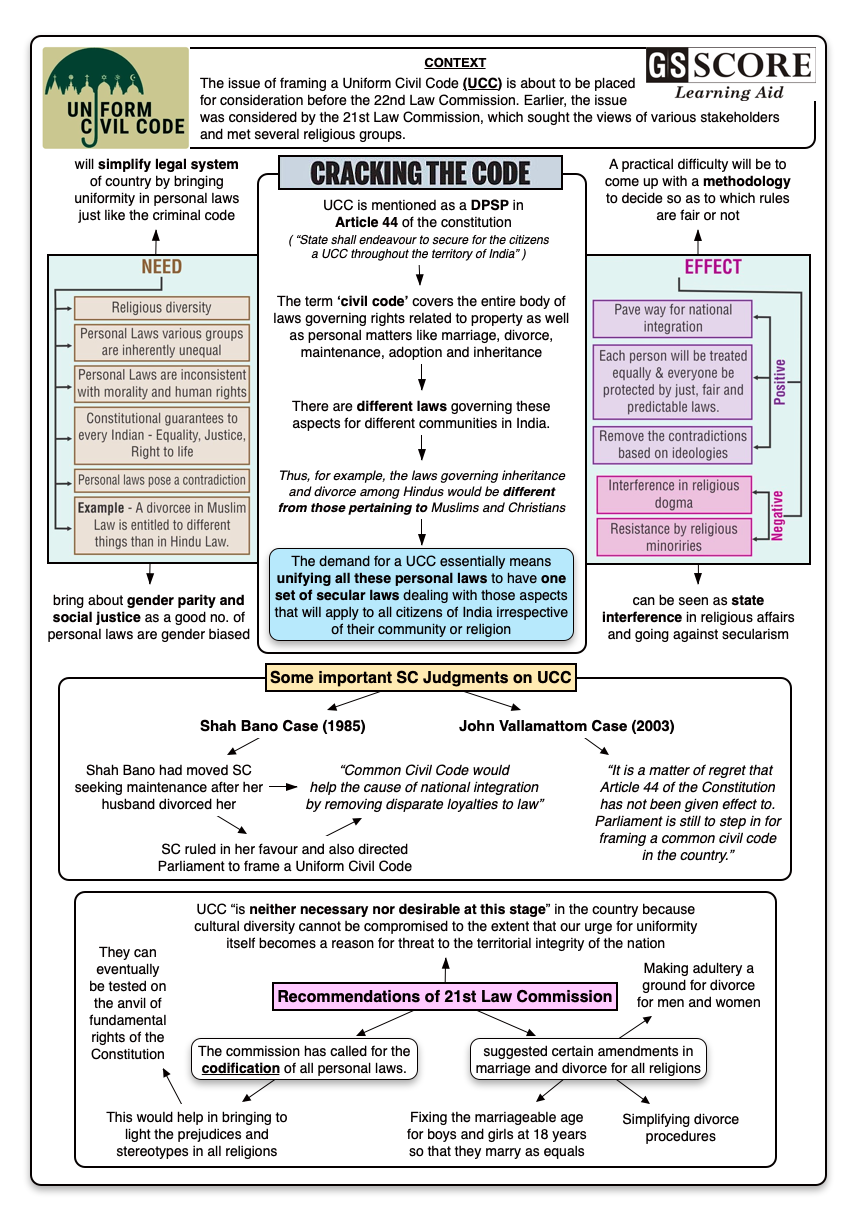