The Union government is set to conduct an audit of mid-day meal programme across India, following the controversy surrounding the quality of food served in some schools in Uttar Pradesh.

Aim: The program aims to “enhance enrollment, retention and attendance and simultaneously improve nutritional levels among children.” The program has the potential to end chronic malnutrition and starvation. However, the program has many issues which the government must immediately address. 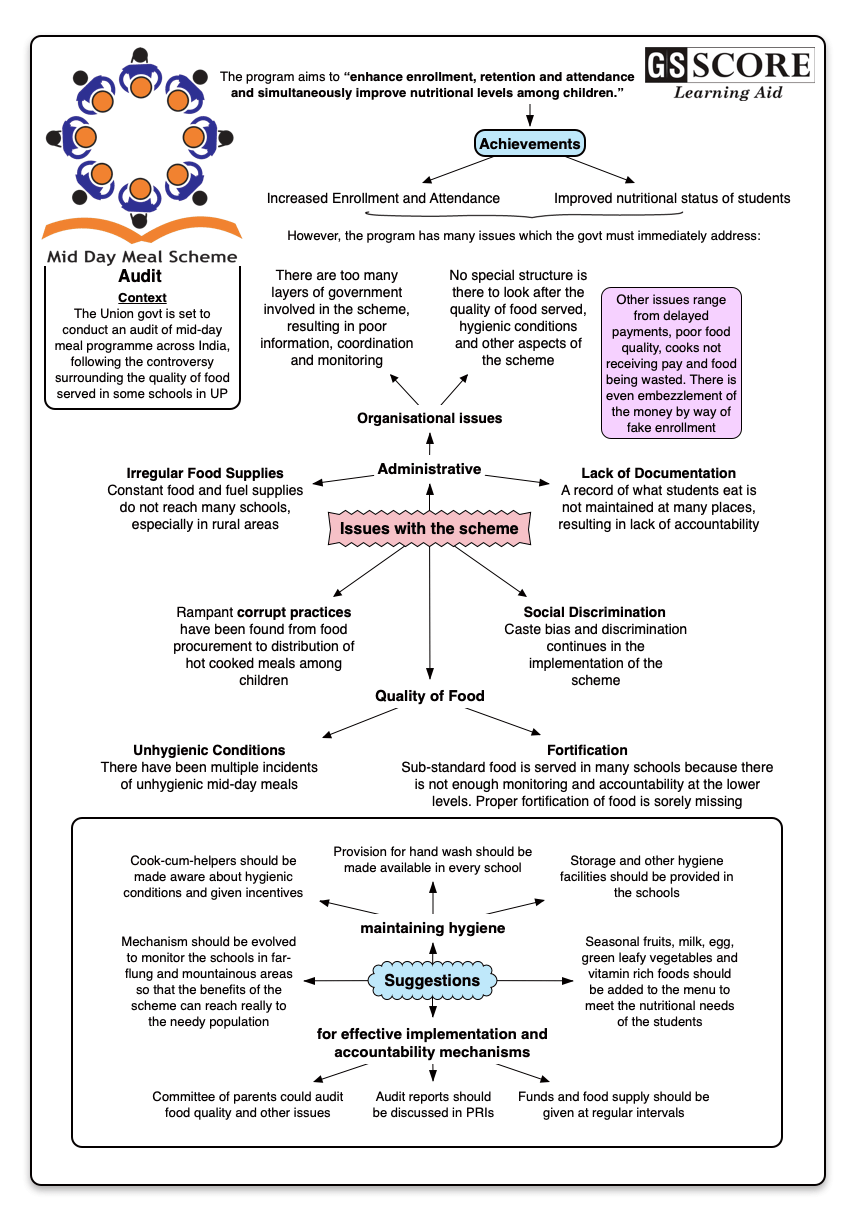