A closer look at the Reuters Institute Digital News Report 2022

According to the 2022 Reuters Institute Digital News Report, trust in news is falling in nearly half the countries surveyed, with significant proportions of the public, especially younger age groups, beginning to turn away from news. 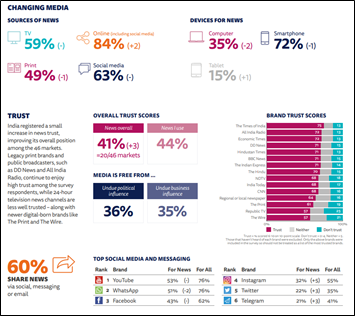