‘Lessons from the Bangladesh and Vietnam’s Growth Story’

Vietnam and Bangladesh are on a roll. While Bangladesh has become the second largest apparel exporter after China, Vietnam’s exports have grown by about 240% in the past eight years.

A Booming economy of Bangladesh 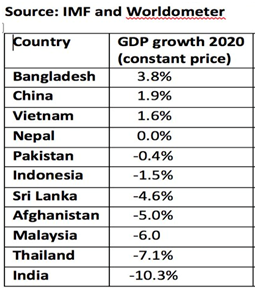 Four years younger to Bangladesh, what made Vietnam grow so fast?

What India needs to do?