The on-going North Atlantic Ocean hurricane season will be more active than normal from August to November, according to the latest update issued by the United States’ National Oceanic and Atmospheric Administration (NOAA), an American research Institute.

Why hurricanes are dangerous? 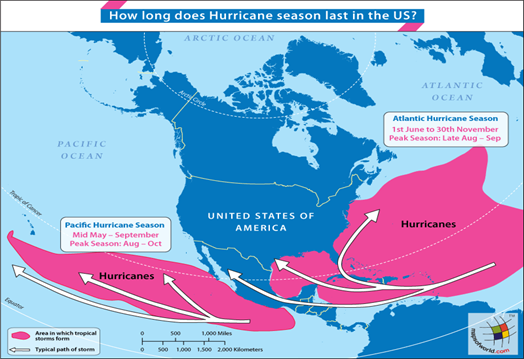 How Does a Storm Become a Hurricane?

What are the Conditions in favour of hurricanes in North Atlantic Ocean?