The Ministry of Jal Shakti has constituted a committee to examine the cost escalation of the Polavaram irrigation project under the instructions of the Ministry of Finance. 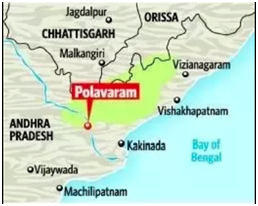 Aim of the Project

Issues with the project