The BepiColombo mission, collaboration between the European Space Agency (ESA) and Japan Aerospace Exploration Agency (JAXA) captured this beautiful image of Mercury’s crater-marked surface as the spacecraft flew close to the planet for a gravity assist manoeuvre. 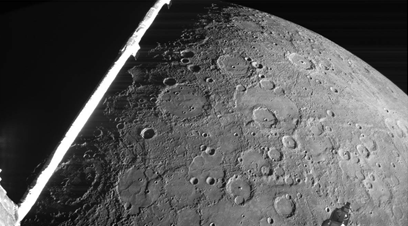