President Joe Biden and NASA released the clearest-ever image of our young Universe, dating to the time soon after the Big Bang. 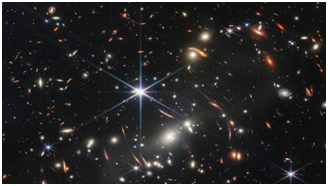 Potential benefits of the JWST Mission-

The launch of JWST is touted as the next big event in study of space events. It has the potential to explore following thing in universe-

Look for exo-planets with the potential for life-