The ancient port town of Mamallapuram

The ancient port town of Mamallapuram is selected for the scheduled visit of Prime Minister Narendra Modi and Chinese President Xi Jinping during a two-day second India-China informal summit from October 11. 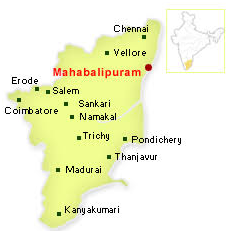