Getting to know Groundwater

Groundwater is the largest single source of water supply amounts to more than 1 million cubic miles compared to the 30, 000 cubic miles of world’s streams, rivers and fresh water lakes and moreover this huge expanse of water is available at depths of less than half-mile in an average.

India is the largest user of groundwater in the world.

More than 60% of irrigated agriculture and 85% of drinking water supplies are dependent on groundwater. 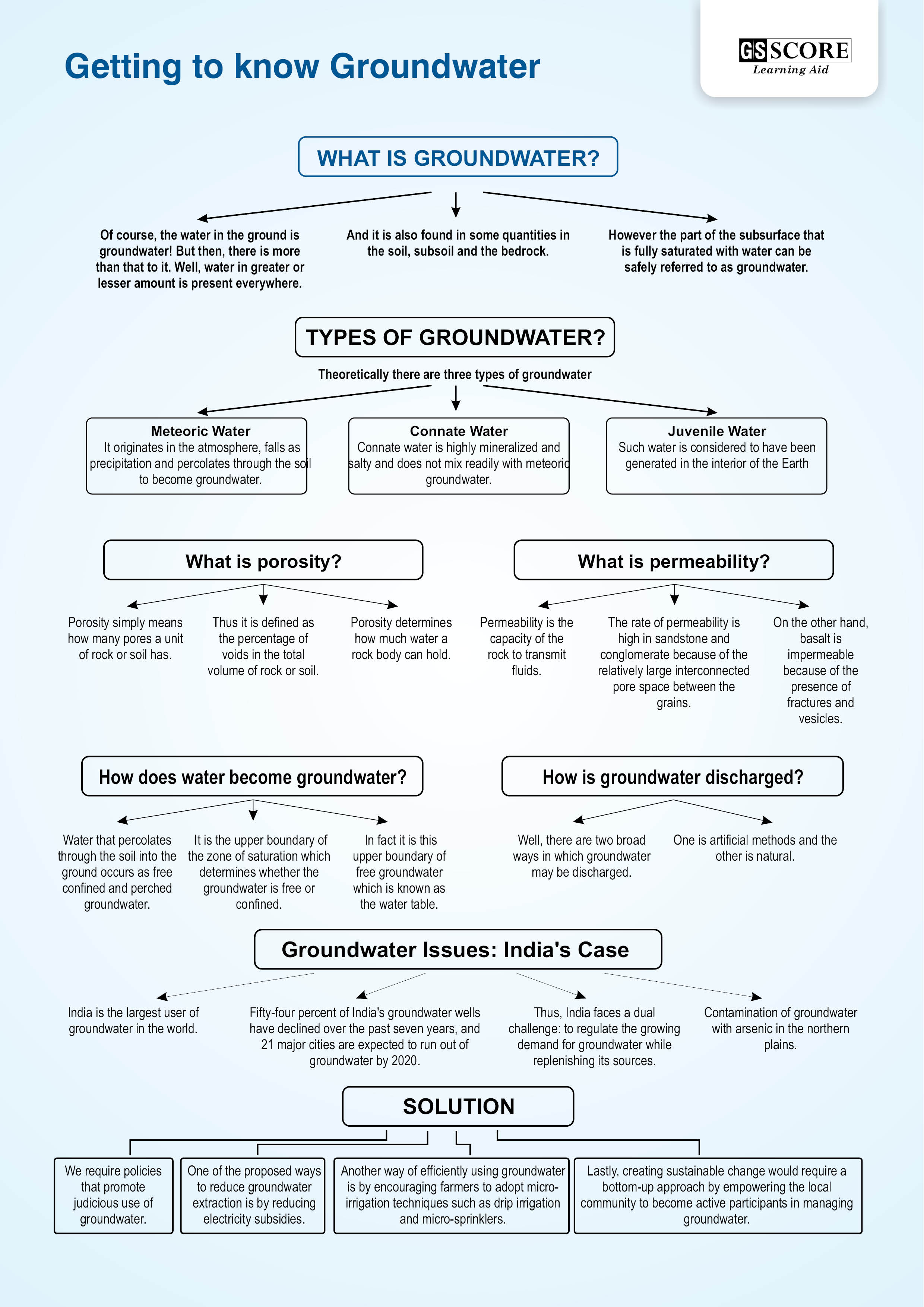