Due to growing commercial ventures and activities by the Government in different sectors, along with the expansion of Governmental activities in the social and other similar fields, a need has arisen for availing the services of persons having knowledge in specialized fields for effective and speedier dispensation of justice as the traditional mode of administration of justice by the Courts of law was felt to be unequipped with such expertise to deal with the complex issues arising in the changing scenario. Thus, tribunals were established.

‘Tribunal’ is an administrative body established for the purpose of discharging quasi-judicial duties. 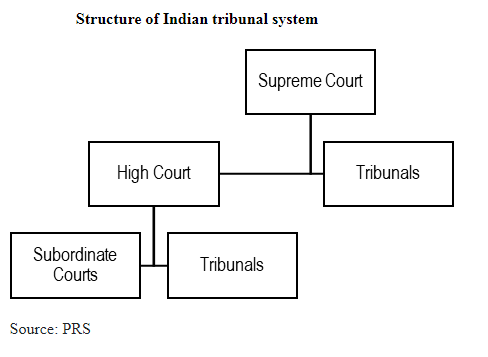