IAS Score: What were the basic mantras of your success?

IAS Score: What were your strategies for the lengthy syllabus of General Studies for both Prelims and Mains?

IAS Score: Did you integrate your Prelims or Mains preparation or was it separate in the changing scenario?

Rohan Botre: Yes, it is always better to integrate your prelims and mains preparation.

IAS Score: How did your prepare for essay.

IAS Score: Did you adopt any specific strategy for GS Paper 4?

IAS Score: What were the sources of information for general reading? How did you come to know that which sources of reading materials are standard?

Rohan Botre: Internet was the source for general reading.

IAS Score: What is your advice on notes-making for other aspirants?

Rohan Botre: Notes should be prepared for optional. I didn’t prepare any specific notes for GS.

IAS Score: How did you manage your time during the preparation?

Rohan Botre: I used to study for 7 hrs. a day. 1 hour newspaper reading and 6 hours for study.

IAS Score: What was your style (paragraph or point format)Of writing in the exam? How was it distinct from the general writing style? How did you develop this writing style?

Rohan Botre: Mixed: introduction, then some relevant points and a concluding paragraph.

IAS Score: So much focus is being given to Test Series, both for Prelims and Mains, in your opinion how useful are they, in the course of a preparation process? Which Test Series did you join and how useful did you find it to be?

Rohan Botre: Very useful for both prelims and mains. I joined lukman ias test series for mains and practiced 1500 questions for prelims.

IAS Score: Civil Services Exam process is quite strenuous. It requires long hours of constant study. How did you maintain your tempo and what did you do to break the monotony of preparation?

Rohan Botre: I used to study for 6 days/week. One day used to be given for relaxation.

IAS Score: The trend suggests that professionals or working people are more successful in this exam. Does this exam prove difficult for Humanities and Social Science background candidates?

Rohan Botre: Not at all. People for humanities just need to prepare in a much focused manner.

IAS Score: Which sources you referred to prepare for  Contemporary Issues?

IAS Score: Given the recent boom in online initiatives to support an aspirant, which were the platforms that you find useful enough during your course of preparation. Please list the sites.

IAS Score: What is your advice to the candidates who is still in the process of preparing for this examination? 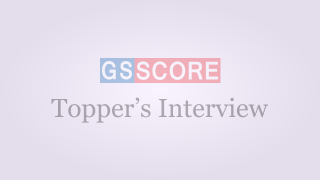 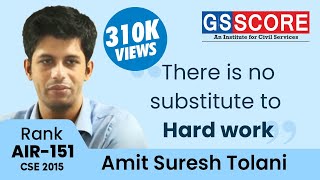