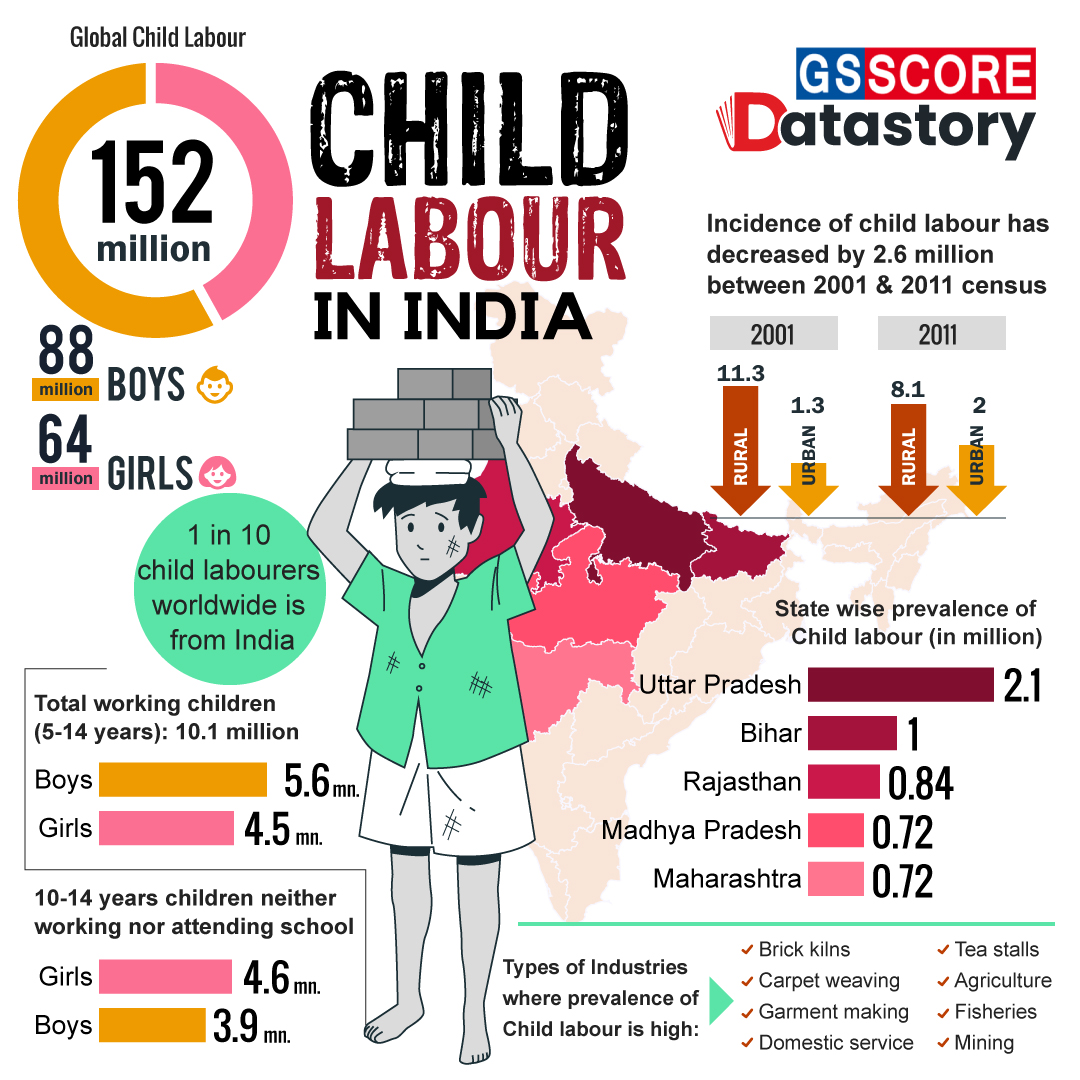 Child labour typically means the employment of children in any manual work with or without payment. It is a deep rooted social ill in India. As per the 2011 Census, in the age group 5-14 years, 10.1 million of 259.6 million constituted working children. Even though there was a decline in the number of working children to 3.9% in 2011 from 5% in 2001, the decline rate is grossly insufficient to meet target 8.7 of the UN Sustainable Development Goals (SDGs), which is to end child labour in all forms by 2025.

In India, inequality, lack of educational opportunities, slow demographic transition, lack of decent work and social protection, traditions and cultural expectations all contribute to the persistence of child labour.

Child labour and exploitation doesn’t only pose a threat to national economies, but also present negative short and long-term consequences for children, such as denial of education and weakened physical and mental health.

This Data Story covers relevant data taken from UNESCO’s report to build an understanding about the extent of the issue in India.