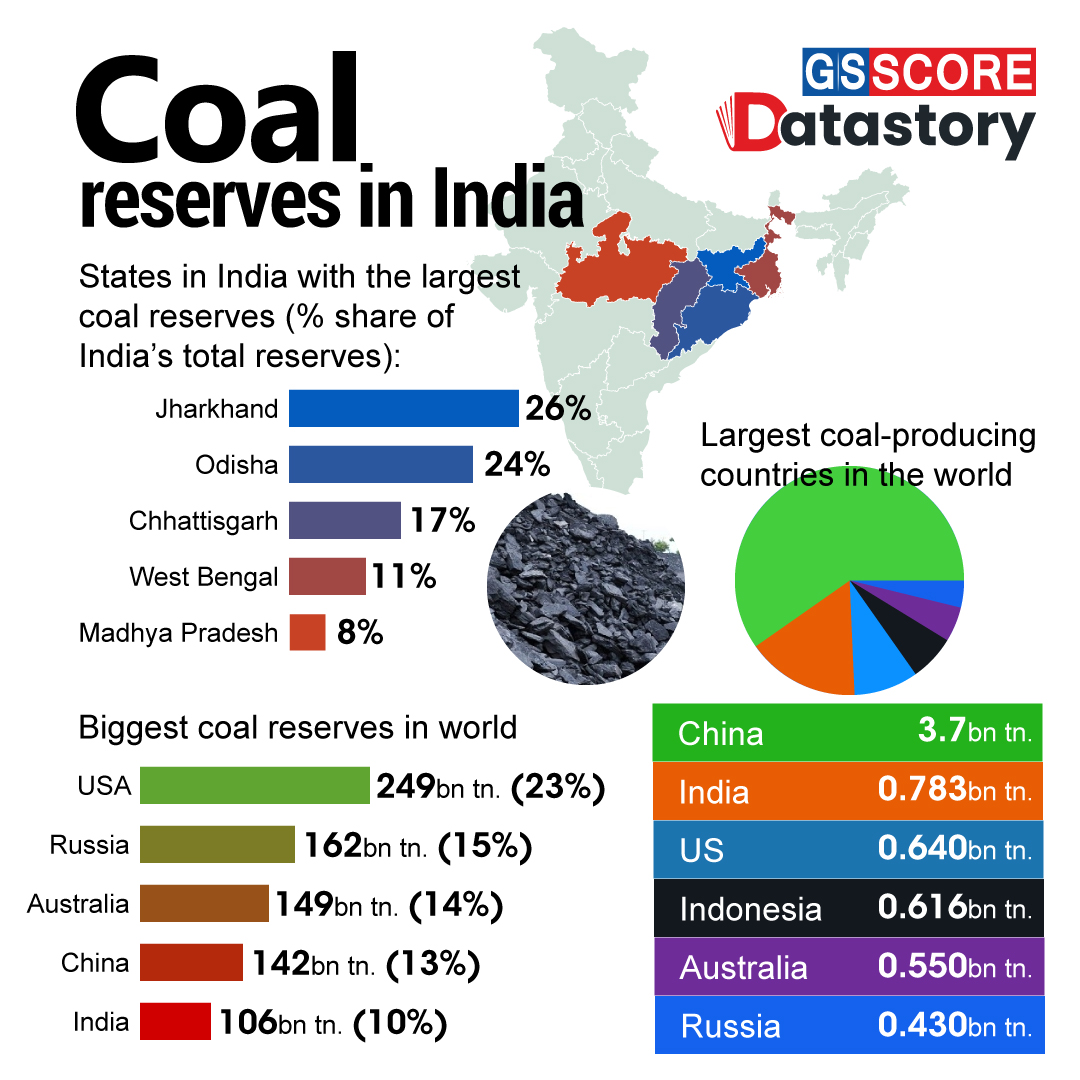 India is currently producing about 783 million tonnes of coal. However, it is a fact that domestic production is not able to meet the demand of coal in the country. India imported 247 million tonnes of coal last year and spent 1.58 lakh crore as foreign exchange. Despite India being world’s second largest coal producer and being the 5th largest country in terms of coal deposits, with coal reserves which may last at least 100 years more, the country is unable to produce adequate quantity of coal to meet the requirement of domestic industry and development.

India is home to vast reserves of coal, and a commercial coal-mining industry has been in operation since 1774, launched by the East India Company along the Damodar River in West Bengal. A 2018 report estimated the subcontinent possesses just over 319 billion tonnes of proven, indicated and inferred coal reserves. Hard coal deposits spread over 27 major coalfields, are mainly confined to eastern and south central parts of the country. The lignite reserves stand at a level around 36 billion tonnes, of which 90% occur in the southern State of Tamil Nadu.

Coal is the most important and abundant fossil fuel in India. It accounts for 55% of the country's energy needs. The country's industrial heritage was built upon indigenous coal. Commercial primary energy consumption in India has grown by about 700% in the last four decades.

Driven by the rising population, expanding economy and a quest for improved quality of life, energy usage in India is expected to rise. Considering the limited reserve potentiality of petroleum & natural gas, eco-conservation restriction on hydel projects and geo-political perception of nuclear power, coal will continue to occupy the centre-stage of India's energy scenario.

This data story aims to present a picture about coal reserves in India and the world.