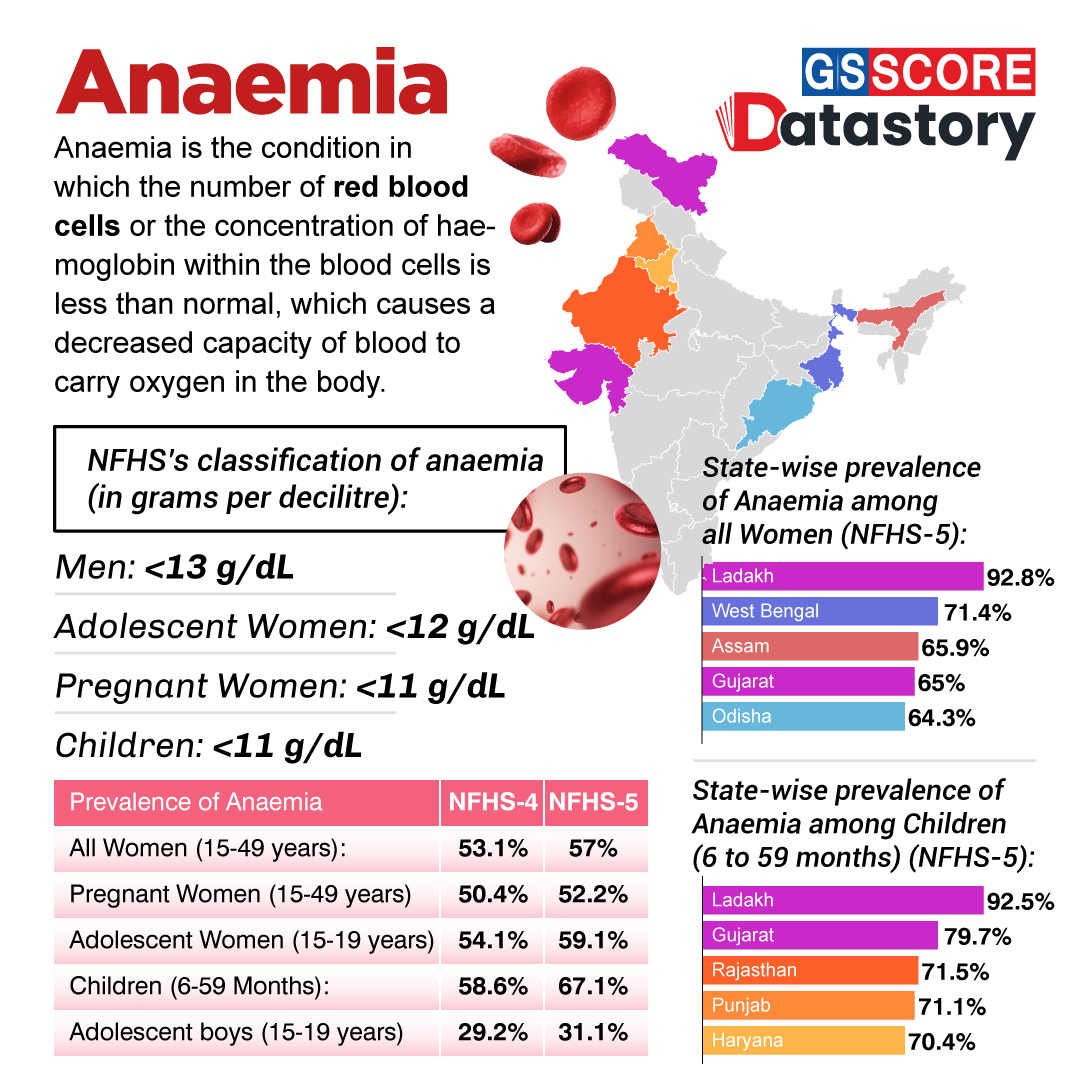 Globally, anaemia is considered a serious global public health problem that particularly affects young children and pregnant women. According to the World Health Organization (WHO), the prevalence of anaemia among women of reproductive age (aged 15−49 years) is calculated as the percentage of women in the said age group with a haemoglobin concentration less than 120 grams per Litre (g/L) or 12 grams per decilitre (g/dL) for non-pregnant and lactating women, and less than 110 g/L or 11 g/dL for pregnant women, adjusted for altitude and smoking.

The Union Health Ministry recently released the key findings of both the phases of the National Family Health Survey that was conducted between 2019 & 2021. This is the fifth edition of the NFHS covering 6.1 Lakh sample households across the country. It revealed that the percentage of anaemic individuals, as well as obese children and adults, rose in India in the last five years.

Under the Anaemia Mukt Bharat (AMB) strategy, for prevention of anaemia in school children, weekly Iron and Folic acid tablets - IFA pink and IFA blue are provided to children 5-9 years and 10-19 years respectively along with bi-annual deworming, using the school platform.

This data story aims to highlight the growing menace of anaemia in India.