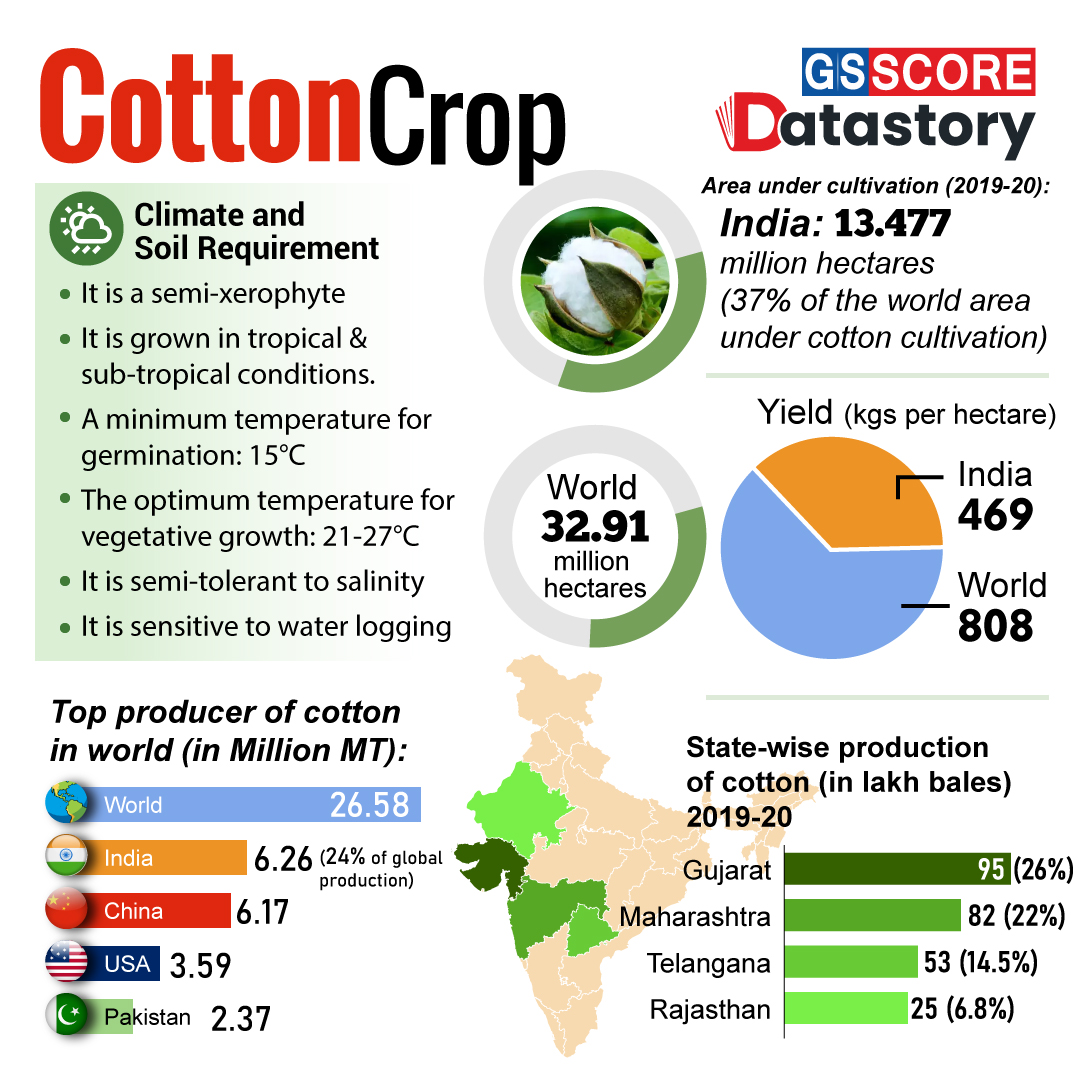 Cotton is one of the most important fiber and cash crops of India and plays a dominant role in the industrial and agricultural economy of the country. It provides the basic raw material (cotton fibre) to the cotton textile industry. Cotton in India provides direct livelihood to 6 million farmers and about 40 -50 million people are employed in cotton trade and its processing.

There are four cultivated species of cotton viz. Gossypium arboreum, G.herbaceum, G.hirsutum and G.barbadense. The first two species are diploid (2n=26) and are native to the old world. They are also known as Asiatic cottons because they are grown in Asia. The last two species are tetraploid (2n=52) and are also referred to as New World Cottons. G.hirsutum is also known as American cotton or upland cotton and G.barbadense as Egyptian cotton or Sea Island cotton or Peruvian Cotton or Tanguish Cotton or quality cotton. G.hirsutum is the predominant species which alone contributes about 90% to the global production. Perhaps, India is the only country in the world where all the four cultivated species are grown on a commercial scale.

The domestic textile industry is one of the largest industries in the country and has witnessed phenomenal growth in the last two decades in terms of installed spindlage and yarn production. The significant features of this growth include installation of open-end rotors and setting up of export-oriented units. Technology-wise, Indian spinning industry has been able to keep pace with the international technology trends. India has become one of the largest consumers of cotton i.e, about 24% of World Cotton Consumption.

This story aims to highlight the Cotton crop.