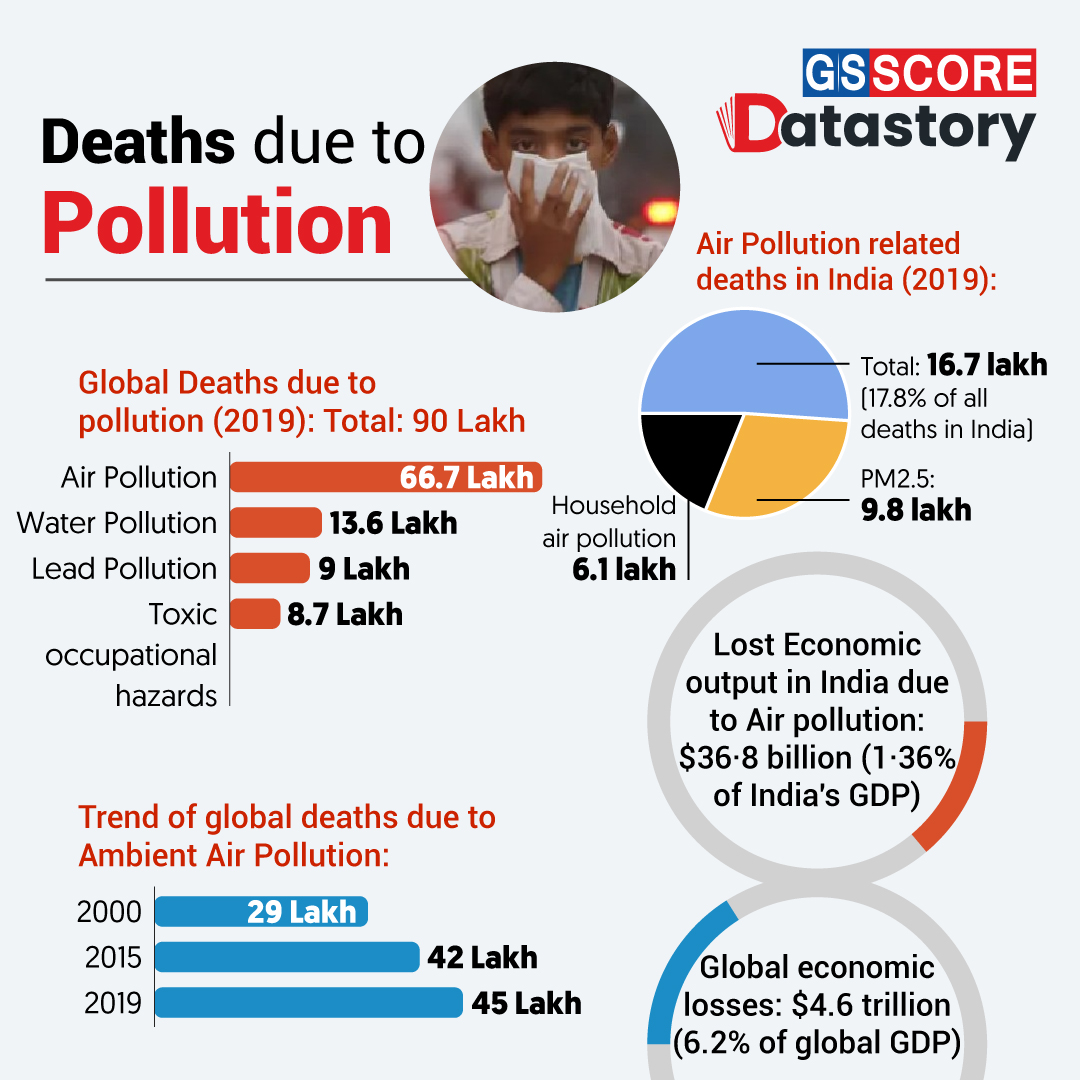 Pollution is the largest environmental cause of disease and premature death in the world today. Diseases caused by pollution were responsible for an estimated 9 million premature deaths in 2019—16% of all deaths worldwide—three times more deaths than from AIDS, tuberculosis, and malaria combined and 15 times more than from all wars and other forms of violence.

Pollution disproportionately kills the poor and the vulnerable. Nearly 92% of pollution-related deaths occur in low-income and middle-income countries and, in countries at every income level, disease caused by pollution is most prevalent among minorities and the marginalized. Children are at high risk of pollution related disease and even extremely low-dose exposures to pollutants during windows of vulnerability in utero and in early infancy can result in disease, disability, and death in childhood and across their lifespan.

Despite its substantial effects on human health, the economy, and the environment, pollution has been neglected, especially in low-income and middle-income countries, and the health effects of pollution are underestimated in calculations of the global burden of disease. Pollution in low-income and middle-income countries that is caused by industrial emissions, vehicular exhaust, and toxic chemicals has particularly been overlooked in both the international development and the global health agendas. Although more than 70% of the diseases caused by pollution are non-communicable diseases, interventions against pollution are barely mentioned in the Global Action Plan for the Prevention and Control of Non-Communicable Diseases.

Air pollution is a major cause of premature death and disease, and is the largest environmental health threat globally. Besides endangering health and shortening lifespan, air pollution adversely affects economic productivity. The Sustainable Development Goals (SDGs) call for reduction of the burden of deaths and diseases from air pollution.

This data story aims to highlight the data related to deaths associated with pollution.