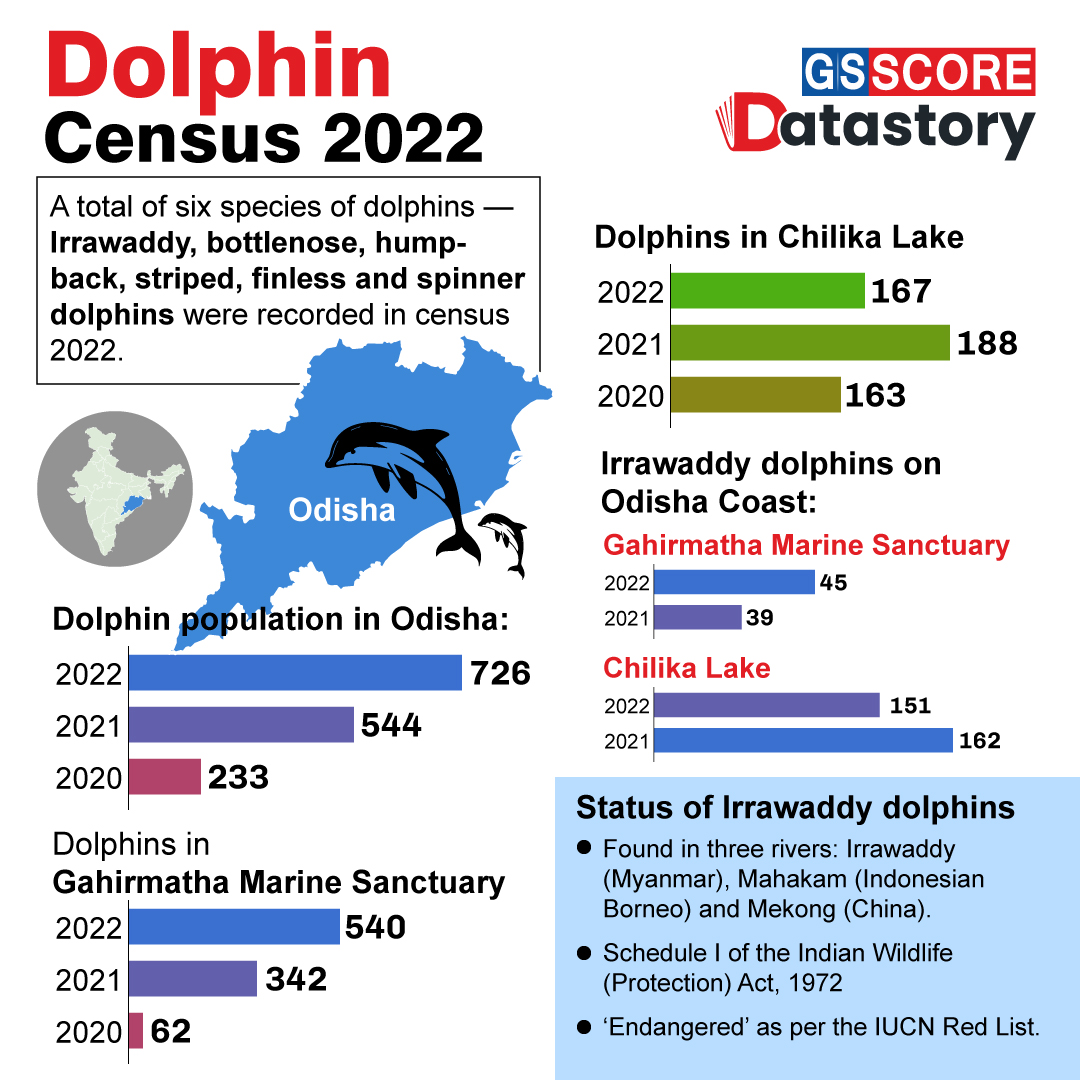 Months after undertaking a census in different water bodies and off the coast of Odisha, the Principal Chief Conservator Forest (Wildlife) has provided data, recorded across the State’s Wildlife Divisions, on the number of dolphins, which has overall gone up from 544 in 2021 to 726 in 2022.

A total of six species of dolphins — Irrawaddy, bottlenose, humpback, striped, finless and spinner dolphins — have been recorded.

Chilika Lake, which is a major tourist attraction for its Irrawaddy dolphins, saw the numbers of its flagship aquatic animal drop sharply from 162 in 2021 to 151 this year.  There has also been a fall in the number of bottlenose dolphins at Chilika, from 26 in 2021 to 16 in 2022.

The census exercise for dolphins and other cetacean species included almost the entire coast of Odisha, where estimation was carried out within a width of one kilometre from the sea beach using the line transect census method at a distance of 500 metres from the beach. Subsequently, recording of dolphins sighted on either side of the line transect was completed. In all, 48 census units were established all along the coastline.

Irrawaddy dolphins are the flagship species inhabiting the lake. The species is spotted only in Asia — from Chilika to Indonesia. Irrawaddy dolphins fall under Schedule I of the Indian Wildlife (Protection) Act, 1972 and mentioned in the International Union for the Conservation of Nature (IUCN) Red List of Endangered Species. It is found in coastal areas in South and Southeast Asia, and in three rivers: the Irrawaddy (Myanmar), the Mahakam (Indonesian Borneo) and the Mekong (China). The concentrated lagoon populations are found in Chilika Lake in Odisha, and Songkhla Lake in southern Thailand.

This data story aims to highlight the census data about dolphin population along Odisha coast.