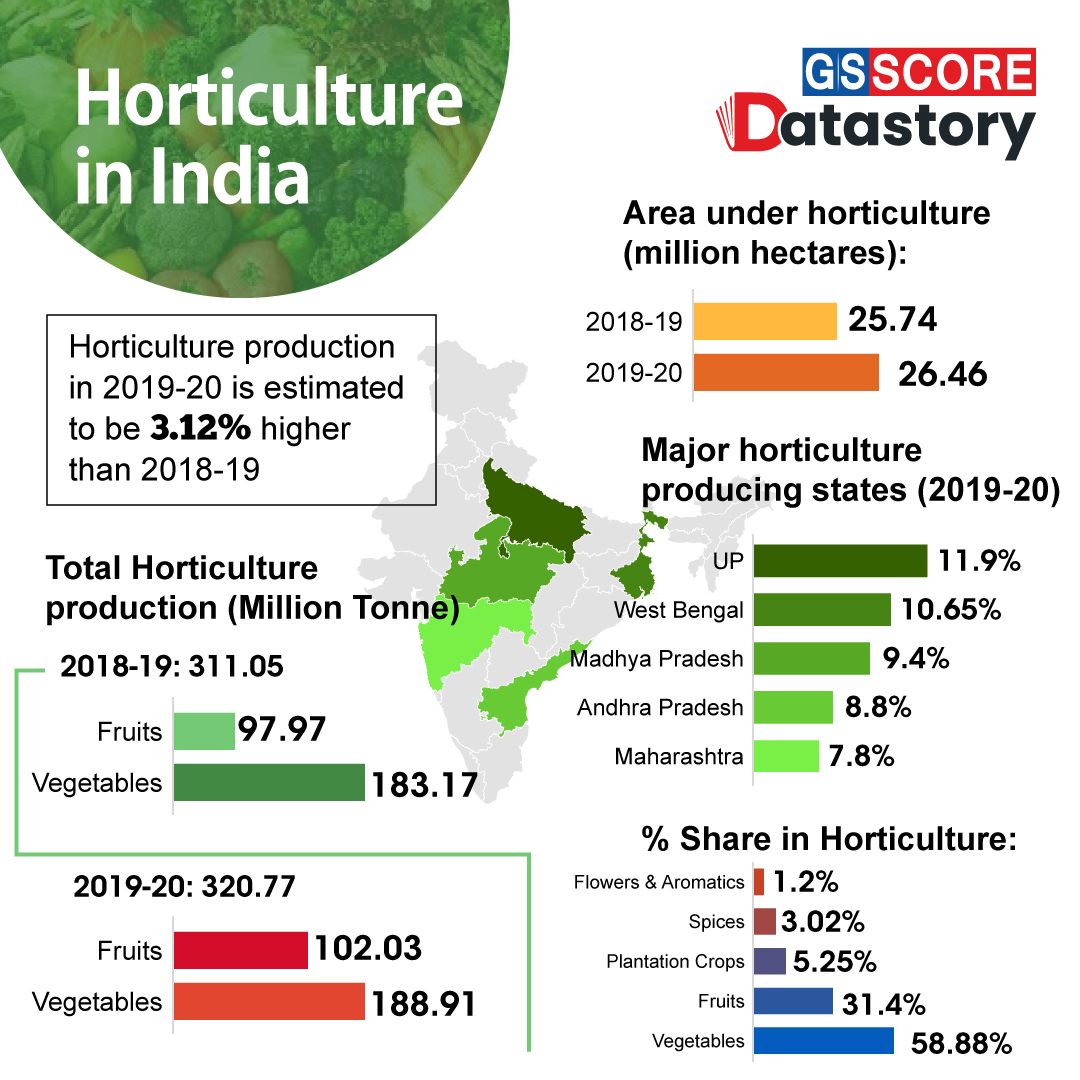 Apart from nutritional benefits, the production of vegetables improves the economy of a country as these are very good sources of income and employment. The contribution of vegetables remains highest (59 – 61%) in horticulture crop productions over the last five years.

India is the largest horticulture crop producer in the world, however, due to inadequate infrastructure and just 10 percent being channelled into food processing, over 30 percent of produce gets damaged. The government through some new initiatives is striving to reduce this loss by promoting and incentivizing food processing and improved storage infrastructure.

Recently, the government announced Rs. 1 lakh crore support for agriculture infrastructure development, especially for cold storage, warehousing and markets for farmers. This will certainly benefit farmers to increase their income directly or indirectly.

Increased focus on horticulture crops could be a win-win formula both at the top level as well as the bottom level for the government to accomplish its endeavour in nutritional security as well as increasing farmers’ income.

This data story aims to highlight the relevant statistics of the horticulture sector in India.