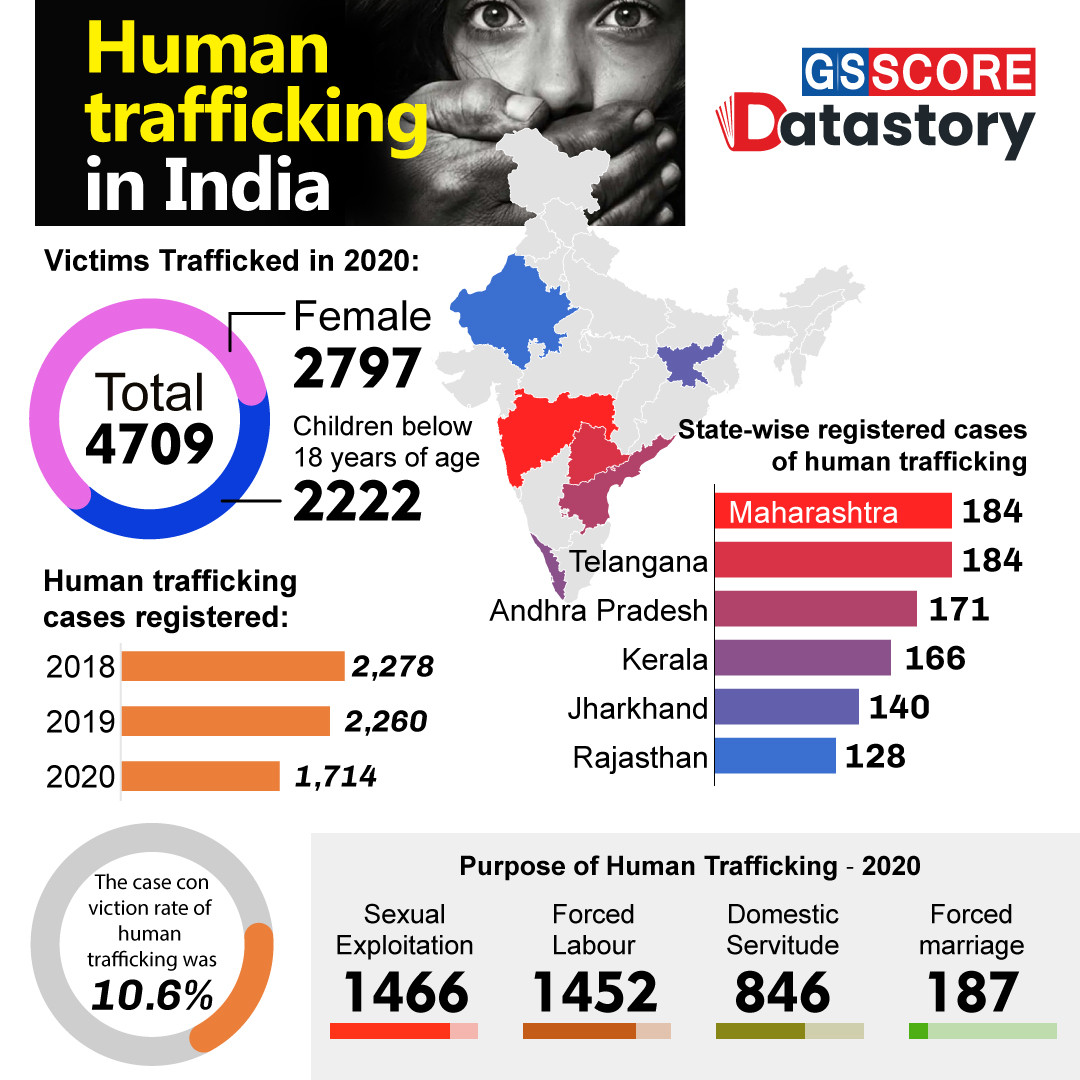 Human trafficking is a group of crimes involving trafficking in person of men, women and children for sexual exploitation or for financial gains or other exploitation of trafficked persons. Victims are lured or abducted from their homes and subsequently forced to work against their wish through various means in various establishments, indulge in or subjected to various types of indignities and even killed or incapacitated for the purposes of begging and trade in human organs.

This data story aims to highlight the scenario of human trafficking in India.