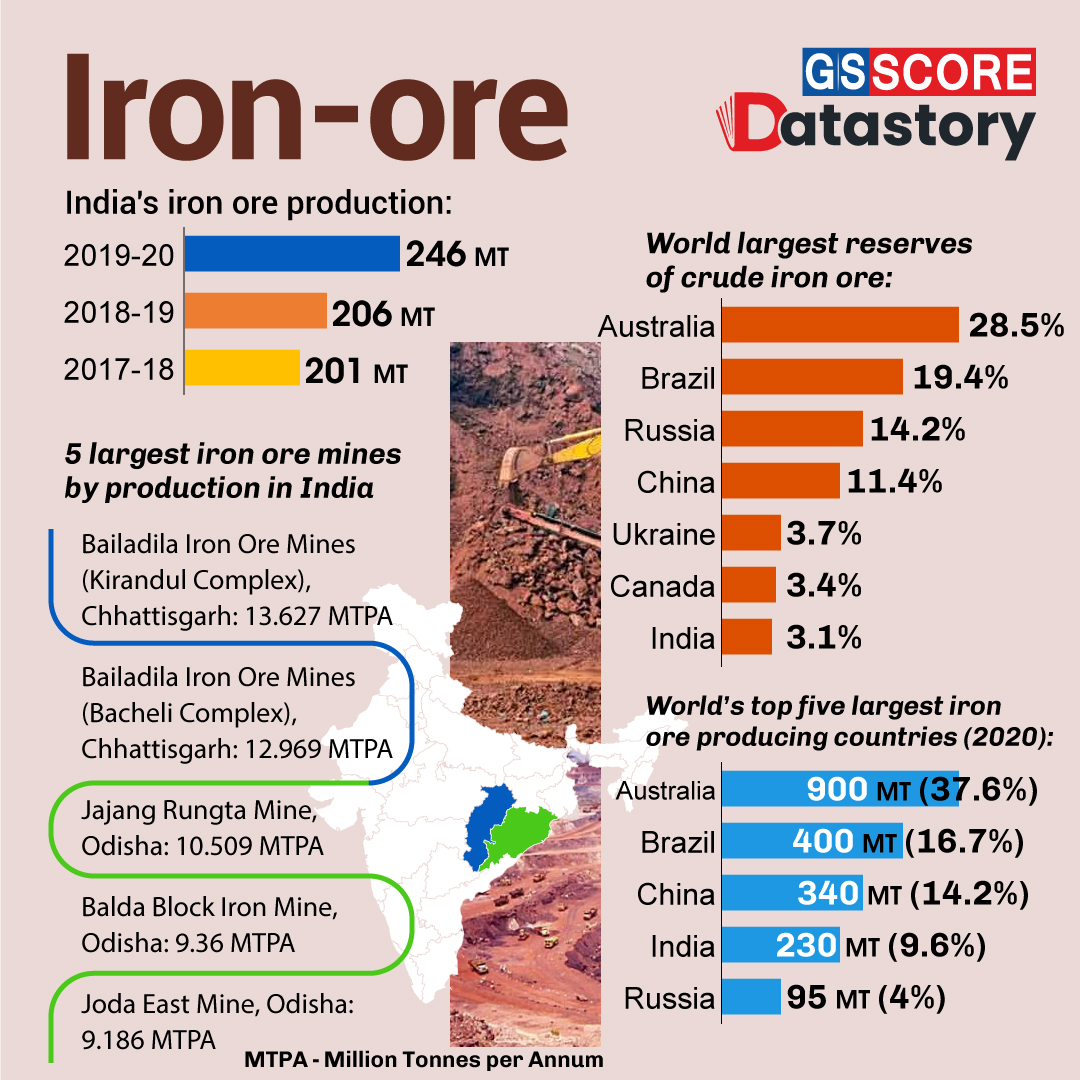 Iron ore is an important manufacturing ingredient primarily used in steelmaking, and its significance to the global economy supports a high level of demand from those countries with the largest reserves in the world.

According to the US Geological Survey (USGS), global crude iron ore reserves stood at around 170 billion tonnes as of 2019, comprising 81 billion tonnes of iron content. Around 2.5 billion tonnes of the metal were produced from mines worldwide in 2019, with Australia holding a dominant position among the world’s top iron ore-producing countries.

India has large iron ore reserves. It occurs in various geological formations but major economic deposits are found in volcano-sedimentary Banded Iron Formation (BIF) from the Precambrian age. The prominent ores of iron found in India are Hematite and Magnetite. Hematite is a better quality and lumpy in nature and is used by steel and sponge iron manufacturing industries of India. Magnetite is valuable as the content of iron is as high as 70 percent.

In India, iron ore is found in four regions. The highest producer is the Odisha Jharkhand belt, followed by Durg Bastar Chandrapur belt. The third belt is Bellary- Chitradurga-Chikmagalur-Tumkur belt followed by the Maharashtra Goa belt.

This data story aims to highlight the iron ore reserves in India and the world.