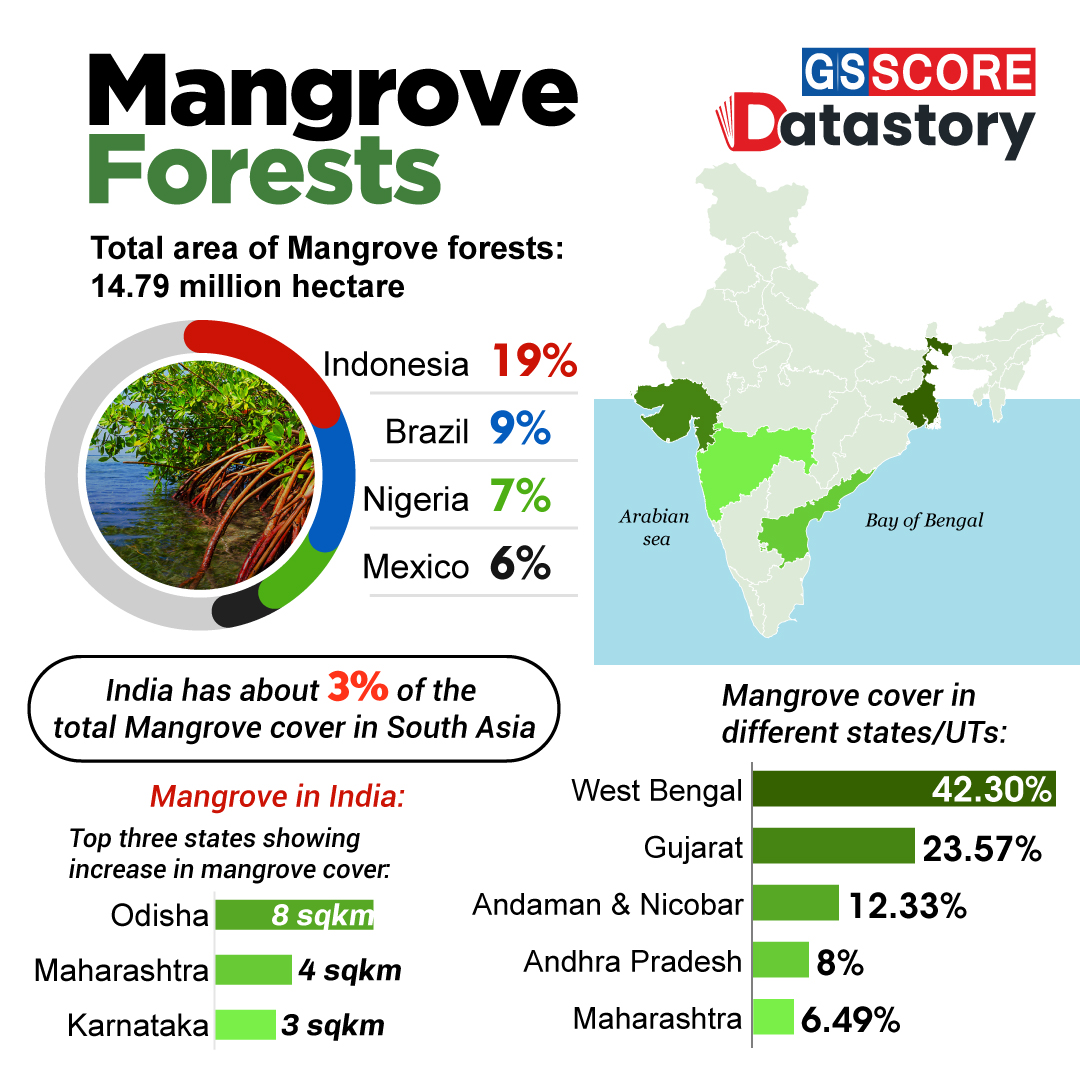 Mangroves are a diverse group of salt-tolerant plant communities of tropical and subtropical regions of the world which can survive the limiting factors imposed by lack of oxygen, high salinity and diurnal tidal inundation. Mangroves are a group of trees and shrubs that live in the coastal intertidal zone. According to Champion & Seth Classification (1968) Mangroves are included in Type Group-4 Littoral & Swamp Forests.

Mangroves have a complex root system which is very efficient in dissipating the sea wave energy thus protecting the coastal areas from tsunamis, storm surge and soil erosion. Their protective role has been widely recognized especially after the devastating Tsunami of 2004. Mangrove roots slow down water flows and enhance sediment deposition. Therefore, they act as a zone of land accretion due to the trapping of fine sediments including heavy metal contaminants. They also arrest coastal erosion and seawater pollution.

They act as a fertile breeding ground for many fish species and other marine fauna. They act as an important source of livelihood for the coastal communities dependent on collection of honey, tannins, wax and fishing. Mangroves are an important carbon sink.

About 40% of the world's Mangrove Cover is found in South East Asia and South Asia. The mangrove cover in India is 4,992 sq km. Among the states and UTs, West Bengal has the highest percentage of area under total Mangrove cover followed by Gujarat and Andaman Nicobar Islands.