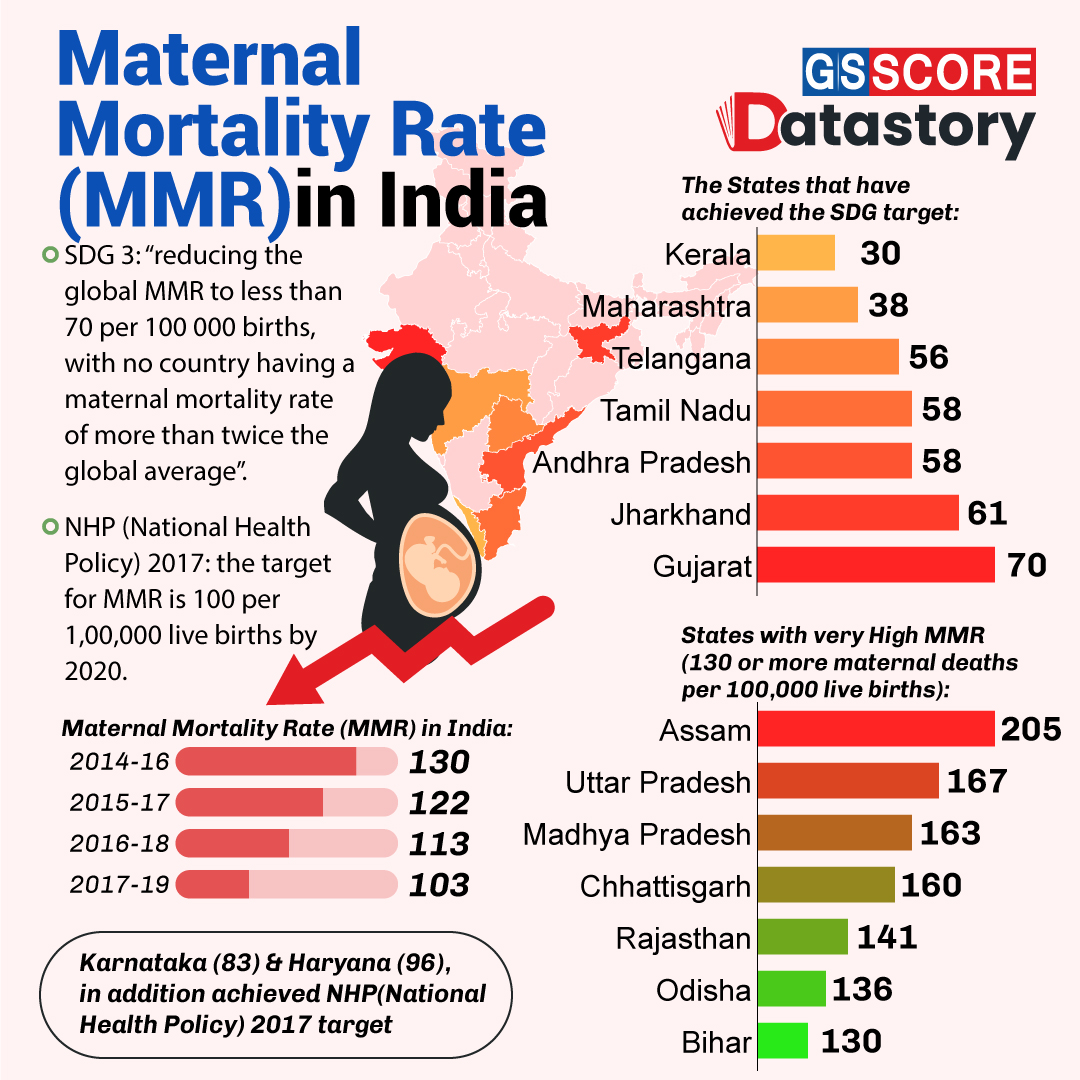 Maternal Mortality Ratio (MMR) in India was exceptionally high in 1990 with 556 women dying during childbirth per hundred thousand live births. Approximately, 1.38 lakh women were dying every year on account of complications related to pregnancy and childbirth.

This data story aims to highlight the recent findings of the Registrar General of India regarding Maternal Mortality Ratio (MMR) in India.