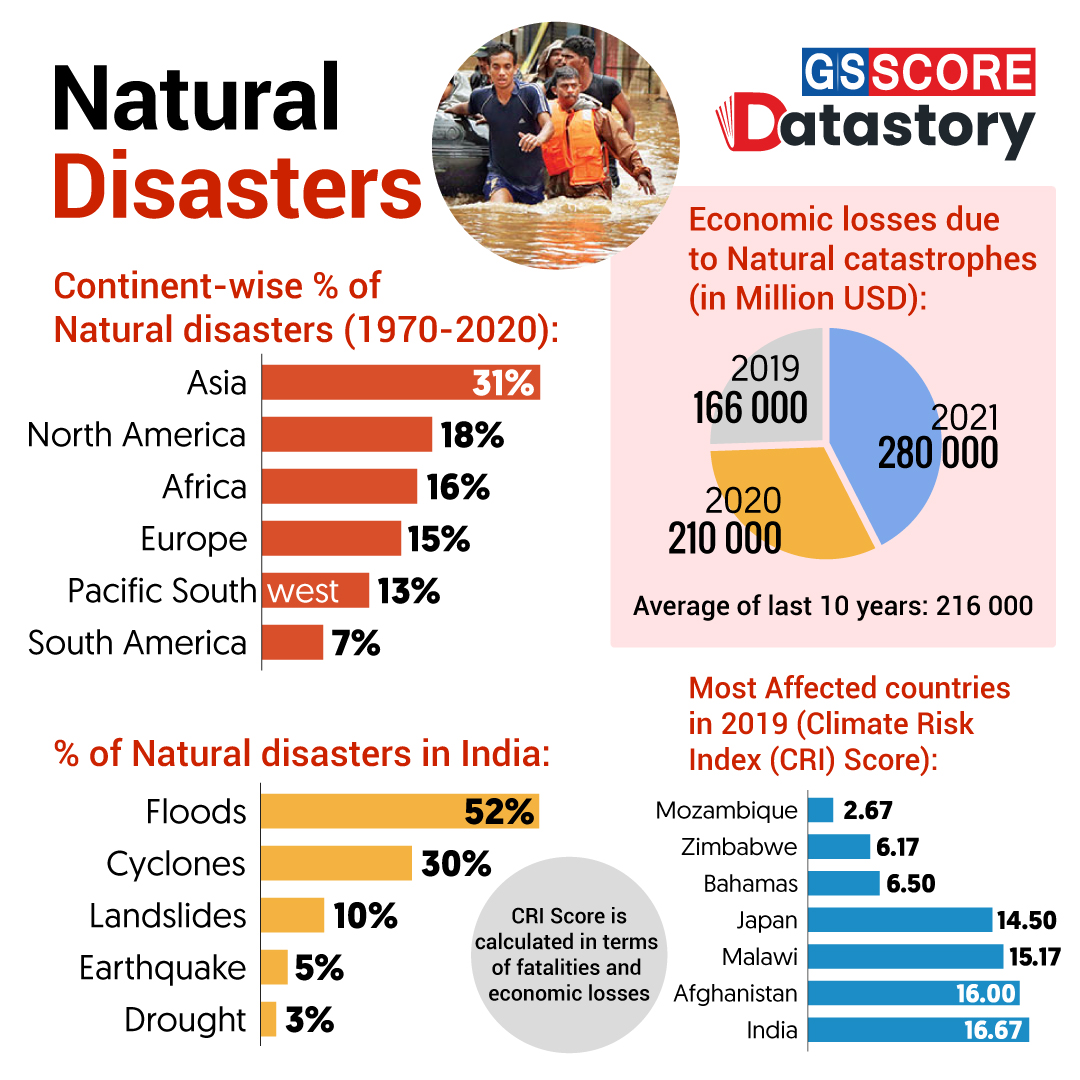 In addition, the high population density in risk areas further aggravates the situation. The number of human casualties continues to rise, from 1 674 deaths in 2015 to 2 045 in 2019. According to the report of the United Nations Office for Disaster Risk Reduction (UNDRR), the total number of people who died between 2 000 and 2 019 is 79 732.

During the same period, India had reported 321 catastrophic events. It is the third country in the world in terms of the number of natural disasters, behind China and the United States. According to the same report, India has suffered nearly 80 billion USD in economic losses in 20 years.

Some of the most frequent disasters include:

Nature went wild in 2021, with a succession of catastrophic events, occurring mainly during the summer, impacting the four corners of the globe, and causing record human, economic and insurance losses. The figures for 2021 show that natural disaster losses were significantly higher than those reported in recent years. The economic cost of these events has reached 280 billion USD in 2021, up by 33% compared to 2020, and by 30% compared to the average of the last ten years (216 billion USD).

This data story aims to highlight the losses incurred because of Natural disasters.