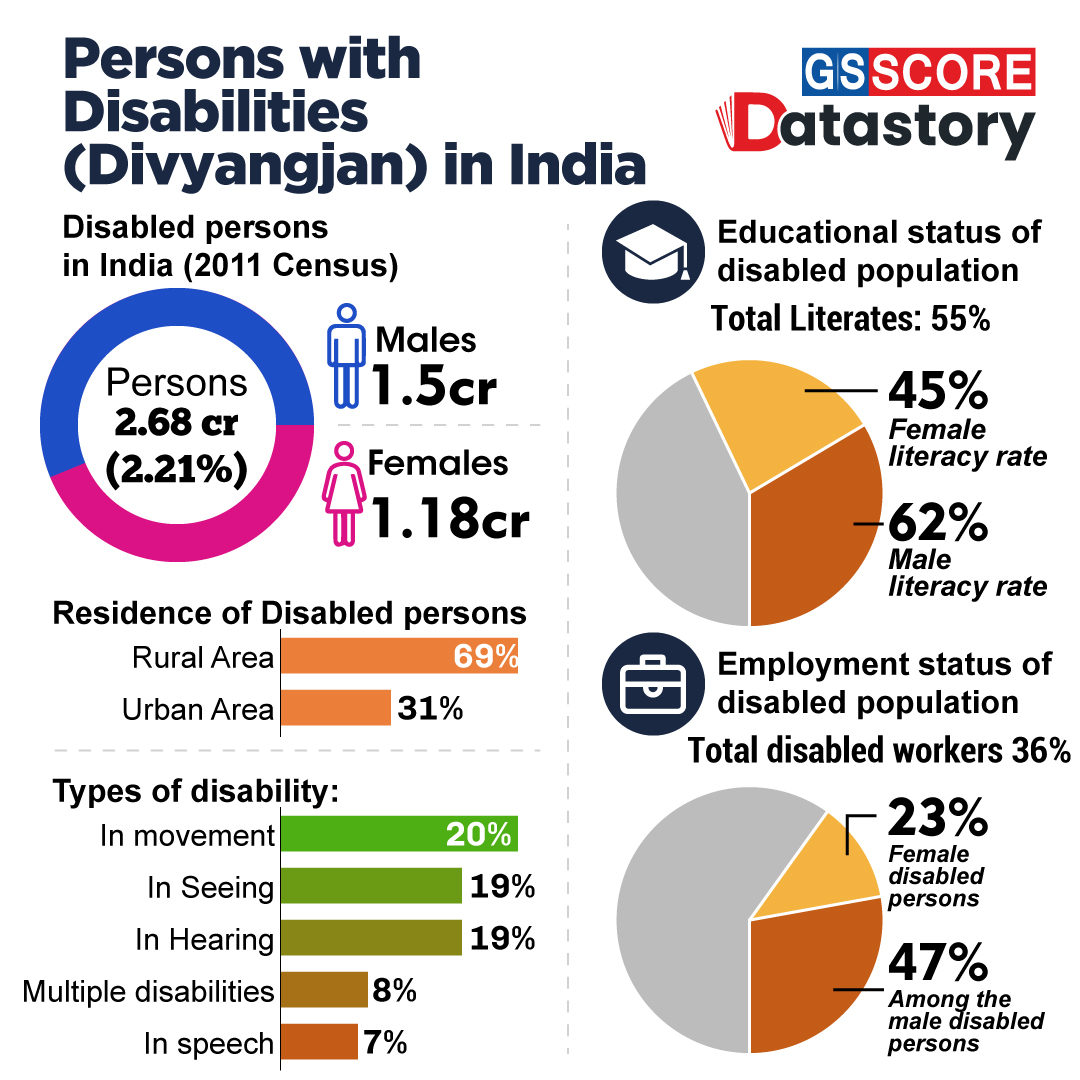 According to the Oxford Dictionary, a disability could be described as an impairment which can be Intellectual, limitations, cognitive, improvement, sensory, exercise or the mixture of all these. Incapacity impacts a person’s activities and may happen at birth.

The Constitution of India provides ample scope for development of legal instruments to protect the rights of the disabled people. The Constitution of India, through its Preamble, inter-alia seeks to secure to all its citizens; Justice, social, economic and political; Liberty of thought, expression, belief, faith and worship; Equality of status and of opportunity. Dignity of the individual is a fundamental notion behind all the fundamental rights guaranteed under part III of the Constitution of India. Part-III of the Constitution provides for a set of six Fundamental Rights to all the citizens (and in a few cases to non-citizens also). These include – Right to Equality; Right to Freedom; Right against Exploitation; Right to Freedom of Religion; Cultural and Educational Rights and Right to Constitutional Remedies. All these rights are also available to the Persons with Disabilities (PwDs) even though no specific mention of such persons appears in this Part of the Constitution. Further, the State has been directed under the various provisions of the constitution to extend similar treatment to all persons (including disabled).

Article 46 lays down an obligation on the State to promote with special care the educational and economic interests of the weaker sections of the people and protect them from social injustice and all forms of exploitation.

December 3 is marked by the UN as International Day of Persons with Disabilities in a bid to promote a more inclusive and accessible world for the differently-abled and to raise awareness for their rights. In India, the Ministry of Social Justice and Empowerment observed the day with essay and painting competitions among other events.

This data story aims to highlight Persons with Disabilities (Divyangjan) in India.