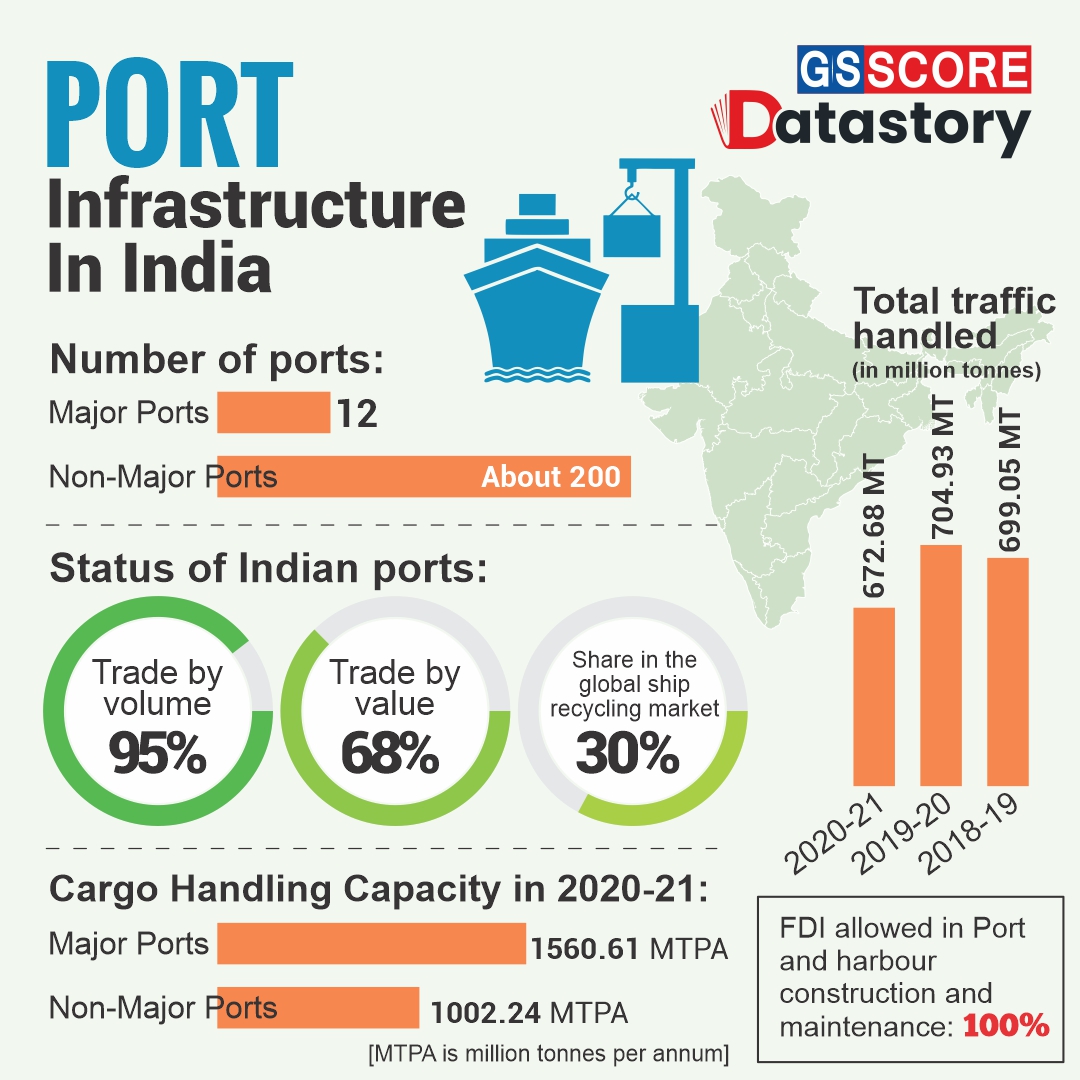 India has 12 major and 205 notified minor and intermediate ports. Under the National Perspective Plan for Sagarmala, six new mega ports will be developed in the country. The Indian ports and shipping industry play a vital role in sustaining growth in the country’s trade and commerce. India is the sixteenth-largest maritime country in the world with a coastline of about 7,517 kms. The Indian Government plays an important role in supporting the ports sector. It has allowed Foreign Direct Investment (FDI) of up to 100% under the automatic route for port and harbour construction and maintenance projects. It has also facilitated a 10-year tax holiday to enterprises that develop, maintain and operate ports, inland waterways and inland ports.

The Government has taken several measures to improve operational efficiency through mechanisation, deepening the draft and speedy evacuations. Between April 2021 and August 2021, cargo handled by India's 12 state-owned major ports recorded an increase of 19.54%, from 245.289 MT to 293.226 MT. In FY22 (until October 2021), cargo traffic handled by India’s major ports reached 406.98 MT, a 14.59% increase over the same period last year.

Sagarmala Programme aims to change India’s logistics sector performance, by unlocking the full potential of India’s coastline and waterways. Various projects have been initiated under the Sagarmala project:

The Sagarmala Project has the following aims:

As a part of Sagarmala Programme, more than 800 projects at an estimated cost of around 5.54 lakh crore have been identified for implementation during 2015 to 2035. The Ministry has sanctioned financial assistance of INR 27 cr and released INR 6.14 cr towards balance payment of the second instalment to Chennai Port Trust for Development of Paved Storage for handling export cargo.

This data story aims to share statistics about port infrastructure in India.

FDI allowed in Port and harbour construction and maintenance: 100%