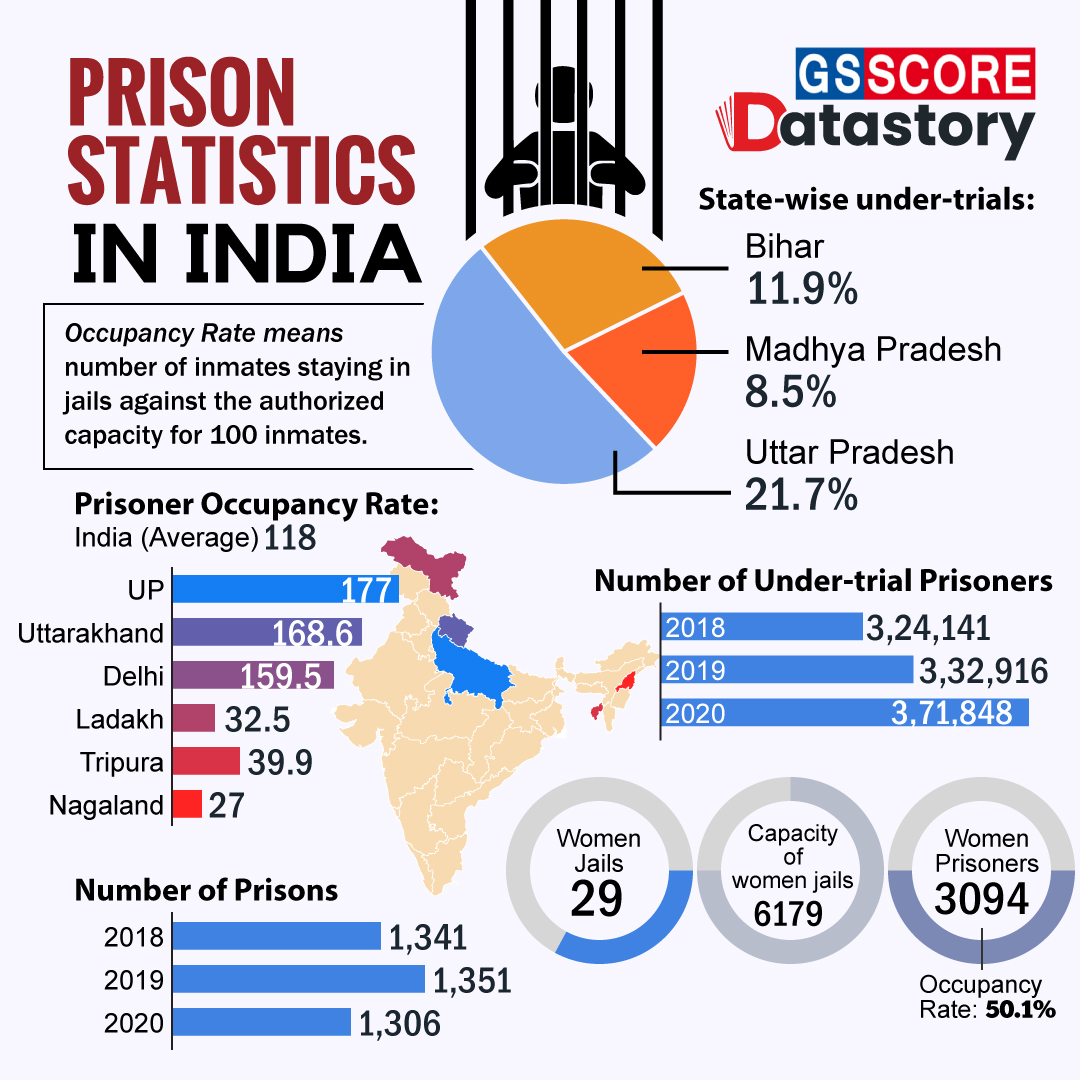 Prison administration is an important component of the criminal justice system. Prison institutions are known by different names in different countries like ‘Correctional Facilities’, ‘Detention Centre’, ‘Jails’, ‘Remand Centre’ etc. There is a paradigm shift in social viewpoint towards prisoners in the last century. Earlier system of prison with a punitive attitude where inmates were forcibly confined and deprived a variety of freedom as a form of punishment has changed with a change in social perception towards prison and prisoners. It is now treated as a correction or improvement facility which itself indicates that there is more emphasis on reformation of prisoners than to punish them.

In the last few decades, the prison population has increased which creates a number of challenges before prison administration like security & safety in prison, hygiene issues, overcrowding, etc. In recent years the Supreme Court of India has come down heavily on subhuman conditions existing in prisons especially on overcrowding in prisons.

This data story aims to highlight the prison statistics of India (2020).